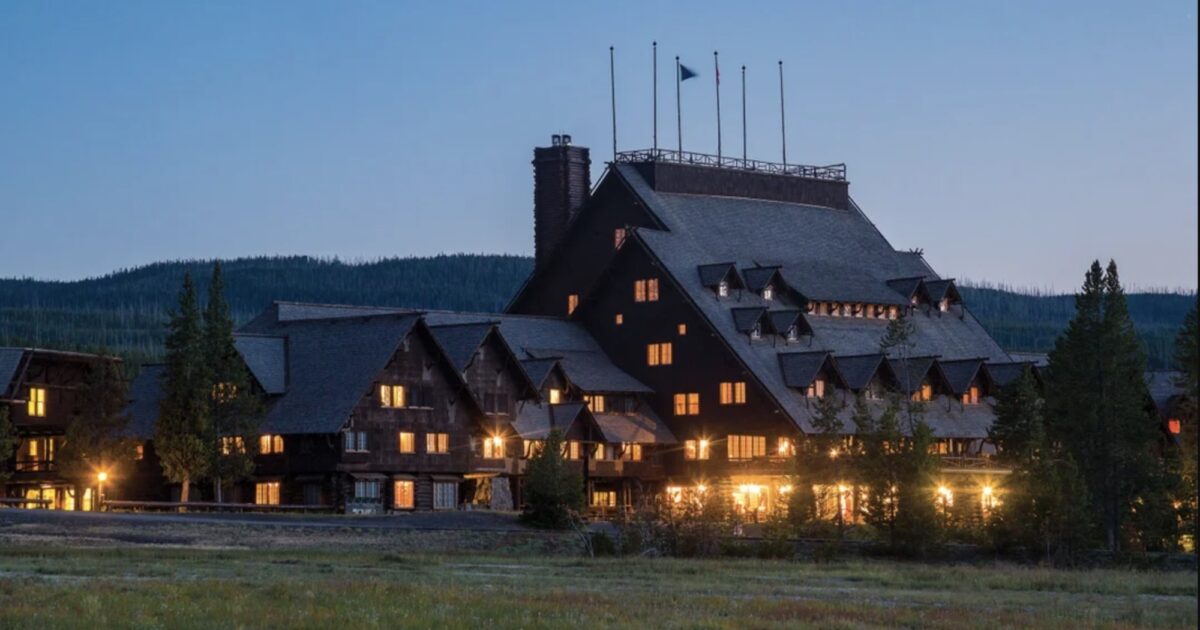 To call the United States’ array of National Parks incredible would be nothing short of an understatement. Amidst the vaster-than-we-can-grasp protected wilderness are soaring mountains, expansive plains, and ever-bubbling volcanic rage, all ripe for exploration.

While we don’t want to draw much attention away from the real stars of the show, but if you’re not hauling a tent out there, you’re gonna need somewhere to lay your head at night and contemplate the wonders you’ve seen. To help you with adventure planning, The Daily Navigator curated some of the best accommodations in the most popular National Parks.

The Rundown: Get the family in the car, throw the cell phones in the trunk, and check in at Evergreen Lodge. Will they begrudge you for taking them deep into the woods in Yosemite National Park? Yes. Will they fall in love with the surroundings, splash around in the seasonal pool, and pass out in their beds after a day’s hiking in the park? You betcha. It’s simple. It’s right where you want it. And it’s bliss.

The Feel: Historic frontier brought to the 21st century

The Rundown: Arguably the most famous hotel in the entire National Park system, the Old Faithful Inn is almost spectacular as its nearby namesake. The building itself is credited as the inspiration for parkitecture, the rustic style of hotels seen across the NPS.

It’s the largest log structure in the world, and it owns the record in style. Inside, guests marvel at the grandeur of the beam work and giant stone fireplace while the outside deck looks over the eponymous geyser itself. Grab a glass of wine and enjoy the show.

The Rundown: Glacier National Park is as close as the States comes to the Swiss Alps. Monumental snowcapped peaks frame the landscape, and Many Glacier Hotel is privy to the most spectacular view of it. Sitting on the banks of Swiftcurrent Lake, nowhere in the park is better.

Rooms are simple but comfortable, but with the scope for adventure at the hotel door, you won’t be spending much time there anyway. The lobby might draw you in for a few post-hike tipples – it’s pretty impressive in its own right.

The feel: Motel for millennials

The Rundown: While motels have long been a symbol of the classic road trip, it’s time they received the update they’ve been screaming for. The High Country Motor Lodge took that concept and ran with it, creating an affordable roadside stay with a little more behind it.

The property encourages its guests to get out into the wilderness surrounding the motel “in all directions” but adds the thoughtful perk of recovery-inducing saunas and plunge pools to help ease the pain of a long day on the trails. Once you’re dry, swing by the suave little bar for a cocktail, wake up and repeat.

The feel: Cozy cowboy with a taste for luxury

The Rundown: Pack a cowboy hat. You’ll be gutted if you don’t. Zion Mountain Ranch is dazzling. The sun setting over the plains, buffalo grazing, ranchers at work on their horses – it’s a Western fairy tale.

Don’t lower your expectations because you’re on a ranch, though. The designers here have created immaculate guestrooms. Yes, they’re rustic, but whatever cowboy lives in these rooms is probably wearing LV boots.

The Rundown: The Rocky Mountains are staggering. The country’s largest and highest mountain range needs to be seen to be believed, and never should a visit be limited to a single day. The Estes Park Resort puts you in the heart of the mountains.

It’s also lakeside, so if you have anti-hikers in tow, there’s no guilt in leaving them to enjoy the sun in the summer. Naturally, you’ll need a vehicle, but you’re only 4 miles from the entrance to the park. The spa will be waiting for you on your return.

The feel: No frills off the trodden path adventure

The Rundown: One for the adventure. There’s no car access to LeConte. You’ll have to hike at least five miles from the nearest parking to get there. Once you arrive, your accommodation is limited to a quaint wooden cabin. There are no frills here. You’ll eat family-style with any other guests, and your days will be spent wandering the Smoky Mountains before you finally make the five-mile return leg. Outdoors at its best.

The Rundown: Perched on the edge of the Colorado River with red mountains exploding upwards behind it, the Red Cliffs Lodge is a unique stay. Within its dominion are a Western Film Museum, a winery, and a horse corral. Make no mistake; this is the Wild West.

It’s only fifteen minutes to Arches National Park and boasts a number of comfortable suites to cater to most budgets. Guests rave about the on-site restaurant, the Cowboy Grill, so don’t be a stranger downstairs.

Antibiotics Use In Farm Animals Is Growing—Here’s Why It Could Pose A Danger To Humans
Reports Say Young Drinkers Are Over Wine. What Do Winemakers Think?
Luxury stocks rally from China reopening, but world’s largest luxury market may choose to shop ‘in-house’
Fungi-Powered Ingredients Startup Michroma Promising To Remove Petroleum From Food Colorings Raises $6.4 Million In Venture Funding
Here’s where mainland Chinese traveled overseas for the Lunar New Year