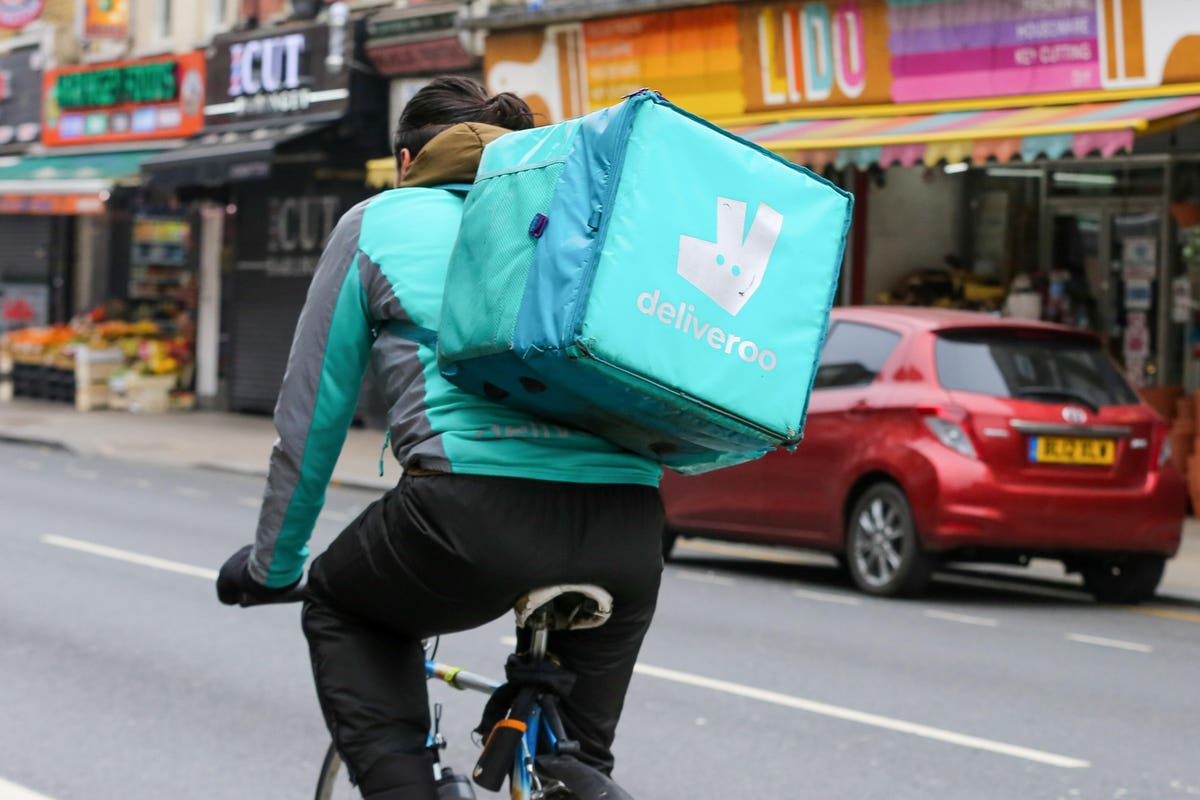 In partnership with Morrisons supermarket, the new ‘Deliveroo HOP’ store on New Oxford Street will not only allow customers to pick up food they’ve ordered from the app, but shop for groceries in-store via digital kiosks.

“Our New Oxford Street store promises a new way to shop for Deliveroo customers, giving them even greater flexibility and choice and should help boost the local area, with nearly two-thirds of shoppers saying they will visit other nearby shops as they come to shop with Deliveroo,” said Eric French, COO at Deliveroo.

The ‘HOP’ will also function as a ‘dark store’ for Deliveroo’s grocery deliveries, with nineteen dedicated staff on-site to fulfill app orders.

Secured on a multi-year lease, the company called the store the “latest evolution” in its rapid grocery service, which will “meet the needs of busy Londoners and visitors by offering a quick and convenient way to shop”.

Still, for a famously tech-forward company, the physical space is a surprising move.

In research they themselves had commissioned, Deliveroo found nearly a quarter (24%) of Londoners now use rapid grocery services once a week to get their groceries.

Which would seem off-putting enough, if ‘dark stores’ weren’t also causing friction in many communities across Europe.

A rising number of people are criticising these concepts for replacing vibrant local high street shops and with inaccessible warehouses—now, to a point where national lawmakers are getting involved.

In France, president Macron’s government has decreed dark stores will soon be classified as warehouses, rather than shops, suggesting many will be forced to close.

UK lawmakers do not appear to be considering similar action, but it will be interesting to see if and how that changes as the nation’s economically-troubled high streets fight to survive.

Is this, in fact, a way to keep Deliveroo afloat as many of its partner restaurants face the cost-of-living crisis?

A few years ago, it simply wouldn’t be a sound investment for Deliveroo to open a grocery store. Its original focus was on speedy restaurant meal delivery, and it was doing it well.

Over 150,000 restaurants partnered with the app since its 2012 launch. And then the pandemic hit.

While Brits couldn’t go out to their favorite restaurants—and thousands of those businesses were shuttered—they could get food delivered. Even groceries. The perfect storm for Deliveroo to expand its grocery arm.

Even if delivery giants like Amazon and grocery specific delivery start-ups are nipping at its heels.

And that, my friends, is what makes this new pivot towards ‘dark store’ and in-store profit all the clearer.

Love them or hate them, these stores are little more than a ray of light in financially gloomy times. Let’s just hope the wider food-and-drink industry finds a ray of its own.

10 luxury Sicily hotels for fans of The White Lotus
Luxury stocks rally from China reopening, but world’s largest luxury market may choose to shop ‘in-house’
Hong Kong will give away half a million plane tickets. Here’s who can get them first
Tourism is roaring back in China. But the $6 trillion consumer market is digging itself out of a deep slump
Where to Kick off Your 2023 Summer Travel