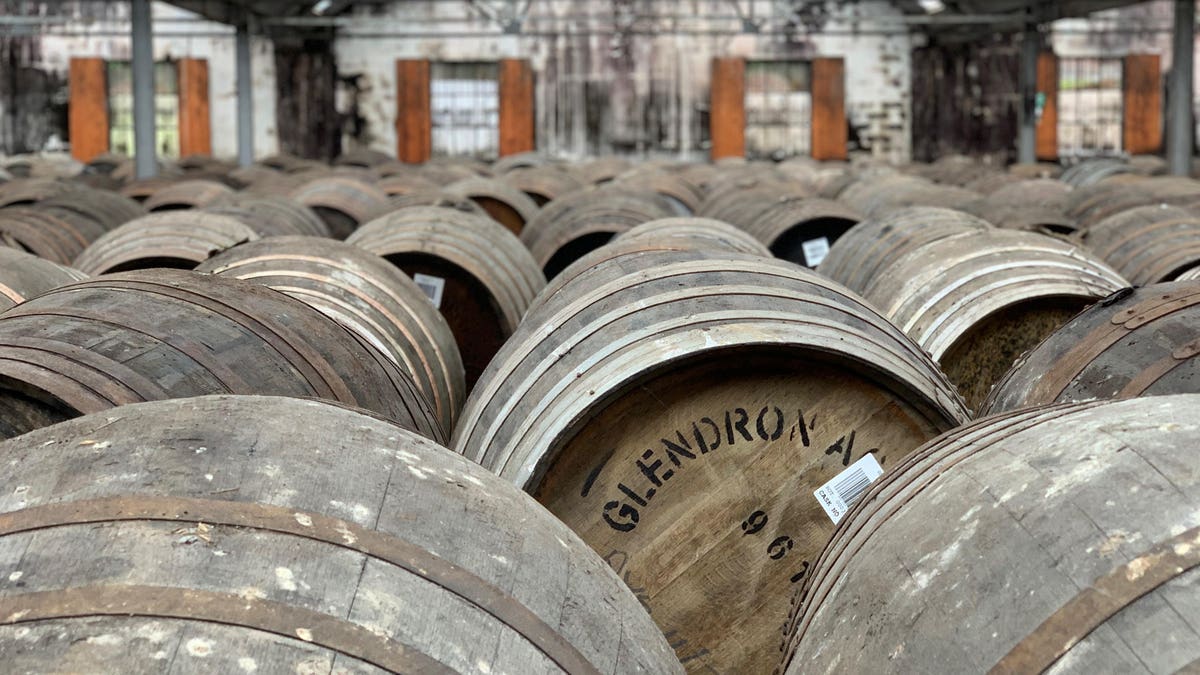 Despite ongoing tariffs, the US remains the largest export market for scotch. Our drinking habits generated more than $2.4 billion for distillers in 2019, alone. And here’s the thing. With that level of consumption comes a daunting degree of marketing. So although the average whisky enthusiast knows far more than ever before, they’re also subject to a lot of misinformation. “Never let the truth get in the way of a good story,” Mark Twain famously said. Or maybe not. Perhaps he just had an effective publicist.

One things for certain, at least: Robin Robinson wants to help set the record straight. Not just when it comes to scotch, but for all categories of whisky. In his newest tome, The Complete Whiskey Course, the author and former scotch brand ambassador opens up with a flow chart explaining ‘why whisk(e)y starts arguments.’ Surely the information he provides will help end most of them. Check out some of these commonly held misconceptions below to realize just how wrong you were all along. It’s alright. It happens to the best of us. Why, even the title to this very article contains a fallacy, as you’re about to find out. Because…

There are no experts.

There are exceptionally talented, dedicated and knowledgeable people working to make Scotch whisky, the same for people who write about it and in some cases market it. They all exhibit “expertise” in their fields. But the making of whisky encompasses a vast range of skills and talents, some of them ephemeral and subjective, and I’ve yet to meet the “superhuman” who encompasses them all. Scotch is meant to be consumed and as such, we in the industry are mere “spirit guides” for a consumer’s enjoyment. I know of no “experts” in enjoyment.

Your single malts are blended.

It’s time to stick a wooden stake into the heart of “blending is bad”. Unless the bottle is marked “single cask”, the blender is the last person who approves the final product. Their job is to maintain the final quality and ensure the consistency you’re looking for so you’ll come back and buy a second bottle. And while “blended Scotch” took a pill in the late 20th century and got boring and stale, these days blending skill is the most valuable trait to be found in a distillery and it attracts the most talented people to it. Also, blends are more sociable than single malts, so grow your friend list in a rocks glass.

There are no “5 regions” of Scotch whisky.

There are 5 regions of Scotland, to be sure (mostly defined by culture, taxing and transportation), but this outdated concept goes back to a brilliant 1980s marketing program to introduce Americans to a country, and the single malts in it, they were foreign to. There are, at last count, 125 different malt distilleries in Scotland, which means there are a minimum 125 different styles of malt whisky, regardless of their “region”. Smokeless Bunnahabhain on Islay, Tobermory and Ledaig from the same stills on Mull; three different styles from Springbank and peated BenRiach and Ardmore in Speyside are the Achilles heels of this outdated misconception. And I’ve got the old UDV blending map to prove it.

There is no “terroir” in Scotch whisky.

This is a word that carries over from the wine industry and relates to environmental impact on the grape prior to fermentation, and its traceability by our senses as its final product, wine. It is romantic and lovely and French. It has nothing to do with distilling, which by definition, is a chemical/physical destruction and re-construction of molecules. There are several stages in distilling (including grinding, still shape, fill level, boil temperature, cuts, etc) before it then gets into a barrel and is changed even more. The more appropriate word is “provenance” which encompases all the unique qualities a particular distillery (a manufacturing plant) has on the end result. And it’s a French word, too.

Age is a function of time and availability, not an indicator of quality.

The longer a barrel sits in a warehouse, the more rare (and expensive) it becomes because its peers have been emptied, bottled and consumed. Older barrels were previously used by the blenders to bring richness and depth to a blend; now, they exist to separate fools from their money when they hear “old”. I’ve had 4 year old whiskies that blew my mind and 35 yr whiskies that were reminiscent of old, wet cardboard. What you’re looking for is “maturity”: spirit quality + age + conditions (warehouse placement, climate, etc). Like choosing friends, don’t let “age” be your only guide.

Refrain from sticking your nose into a glass of Scotch whisky to ”smell” it.

While wine at 14% ABV is relatively mild, the minimum 40% ethanol wafting out of a whisky glass will produce a condition of “anosmia” in mammals: a temporary “nose-blindness” of your olfactory senses. Your nose is sensitive enough to pick up the scent of orange blossoms in the air in June, so an Ardbeg at 46% at close range spells complete shutdown. Keep your mouth open and gently waft the top of the glass under it; bring it to both nostrils, as they both work differently. Take your time: whisky was given to us by the gods to slow…us…down.

The best spa hotels in Manchester
How Brazil Can Use Domestic Fertilizer Production To Ensure Its Continued Role In The Global Food Supply
If You Are Smart, Your Super Bowl LVII Party Can Cost You Less Than It Did Last Year
Havana Cubaâs Voya Boutique Hotel: For the Culturally Curious Traveler
5 Tips to Deal With Flight Delays