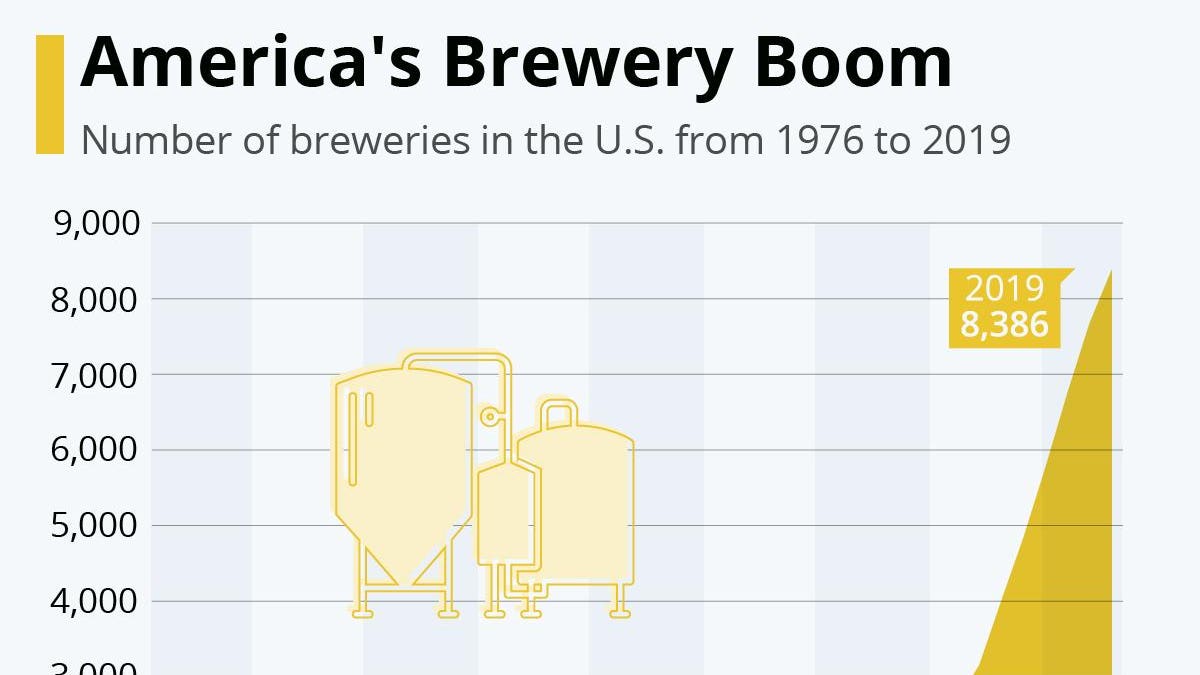 Like many American businesses, breweries are desperately struggling to stay afloat in the sea of economic devastation wrought by the coronavirus pandemic. Even though beer drinkers are still enjoying a whole manner of lagers, ales and the like at home, business has been hit hard by shuttered restaurants and pubs, an end to on-site taproom sales and the cessation of mass events that halted the distribution of kegs. In May, an article in The Daily Beast claimed that 3,600 of America’s breweries could go out of business and that the coronavirus could kill craft beer. Even as the country struggles with a new wave of infections, it certainly appears that reports of craft beer’s demise have been greatly exaggerated.

The Brewer’s Association’s midyear survey shows that the pandemic has indeed proven hugely challenging for brewers but the doomsday scenario has not materialized. Volumes declined 10% in 2020 compared to the same period in 2019 while the number of active craft breweries increased by 737 during the same period. Even though that growth is impressive considering the situation, it still represents a deceleration from mid-year 2019 when 1,000 new breweries were added. Notably, the Brewers Association says that its planning membership has declined 14% in the first half of the year but that thousands of entrants are still potentially planning to enter the beer scene, pointing towards the impact on the industry being temporary.

This International Beer Day, it is perhaps best to look back at a booming decade for the American brewery scene, an astonishing success that’s surely proof it will take more than the coronavirus to kill craft beer. While the U.S. boasted 4,144 breweries in 1873, the industry entered a steep decline culminating in Prohibition which saw that figure fall to zero by 1933. Even as recently as 1978, there were a mere 89 breweries across America. As the following infographic shows, the recovery and the country’s rekindled love affair with IPAs, porters, wits and stouts has been nothing short of spectacular. As difficult as the current situation is, new and innovative sales strategies coupled with a high number of potential new entrants to the market are certainly cause for optimism as the next decade gets underway.

The best Edinburgh spa hotels
Top Landmarks to Celebrate Black History Month
10 luxury Sicily hotels for fans of The White Lotus
Not a fan of cruising? The hack that could change your mind
2023’s Best Cities for Kid-friendly Vacations