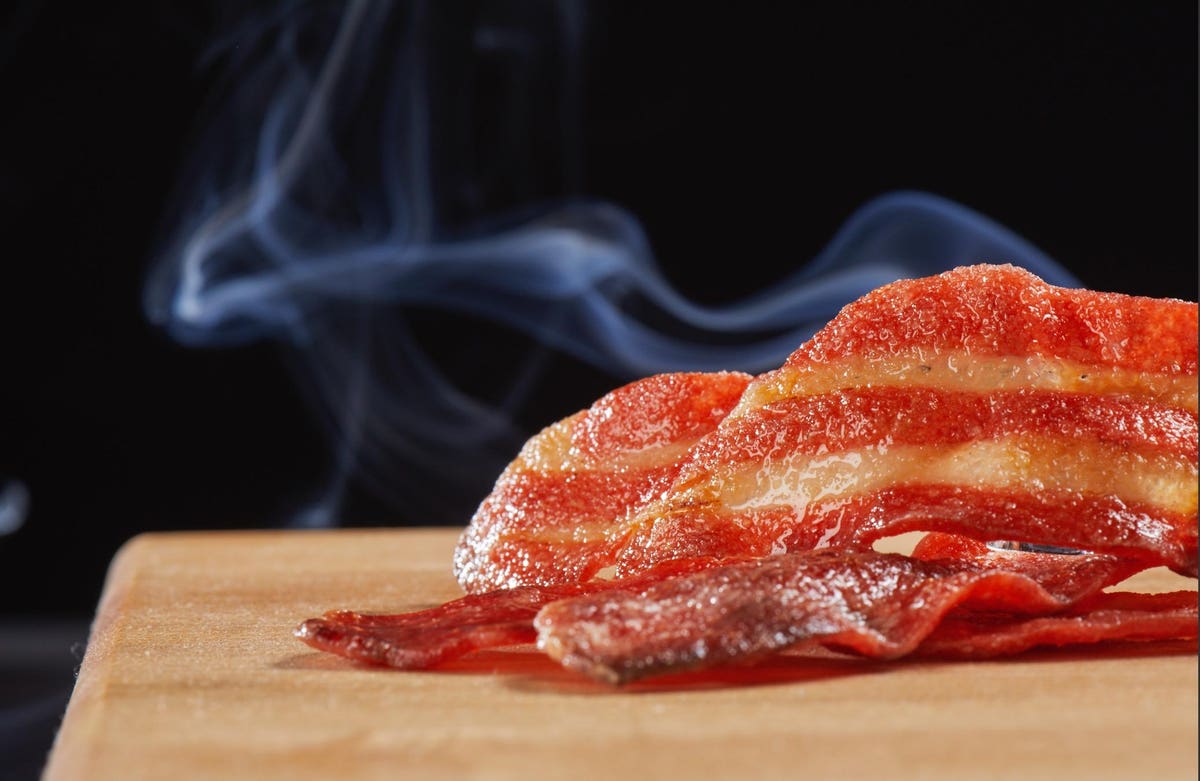 Cultivated meat maker Mission Barns is now offering the public a rare opportunity to try their new cultured meat. Beginning this week, consumers can sign up at the Mission Barns website for a chance to be one of the first members of the public to try bacon grown from real pork fat cells, no animal slaughter required.

Cultivated proteins aren’t on the market yet anywhere, so this is a rare opportunity to actually taste real meat grown from just a few cells.

According to Eitan Fischer, CEO and Co-Founder of Mission Barns, the company will select somewhere between 50 and 100 taste testers to try the new bacon for a weeklong tasting in mid-August. Exact numbers will depend on just how many people the restaurants can accommodate while still following social distance guidelines.

Cockscomb is owned by Chef Chris Cosentino. In addition to owning multiple restaurants in the San Francisco Bay Area and elsewhere, Cosentino was the winner of Bravo’s Top Chef Masters in 2012.

Both restaurants will prepare and serve dishes made with the bacon at no cost to the selected tasters. All that’s required is a waiver—the product isn’t approved for commercial sale just yet, remember—and some honest feedback, which the company is eager to hear.

“We definitely are looking for a diverse set of folks in terms of palates and backgrounds,” Fischer says. “High end chefs,” yes, but also, he adds, “everyday people who really know and really like bacon.” But Fischer has high hopes Mission bacon will measure up to the “real thing.” Mission bacon is made with pork fat, after all, just like the real thing, and a bit of plant-based ingredients for texture. It’s the process that’s different—grown from cells rather than processed from the parts of a butchered animal.

Here’s how it works. Pork cells are taken from a pig, fed a mixture of nutrients and sugars to grow, and they then continue to grow and “fatten up” until you essentially have a slice of bacon.

One of the main reasons you can’t buy cultured meat of any kind yet at the grocery store or find it at any restaurant is the feed or “growth medium” required to grow the muscle cells that make up most cuts of meat or burgers is very expensive.

Yet according to Fischer, fat cells don’t require that same expensive feed, which is a boon for cultured bacon makers like Mission Barns. Because bacon is mostly pork fat, and those fat cells grow easily and cheaply, they require a significantly less expensive feedstock, explains Fischer.

Co-founded in 2018 by Fischer and researcher David Bowman after the pair left Eat JUST, Mission Barns is now able to produce enough bacon to be able to sell small to a small number of restaurants. Yet even though they’ve reached that scale of production, the company doesn’t expect to sell Mission bacon in 2020.

There are around 36 cultured protein companies across the globe, all working on making cultured proteins a commercial reality. Some like BlueNalu are working on seafood, while others like Eat JUST and even fried chicken giant KFC are working on chicken nuggets. The August tasting is one step closer to market commercialization but, for now, the larger question of exactly when these products will finally hit store shelves remains unanswered.