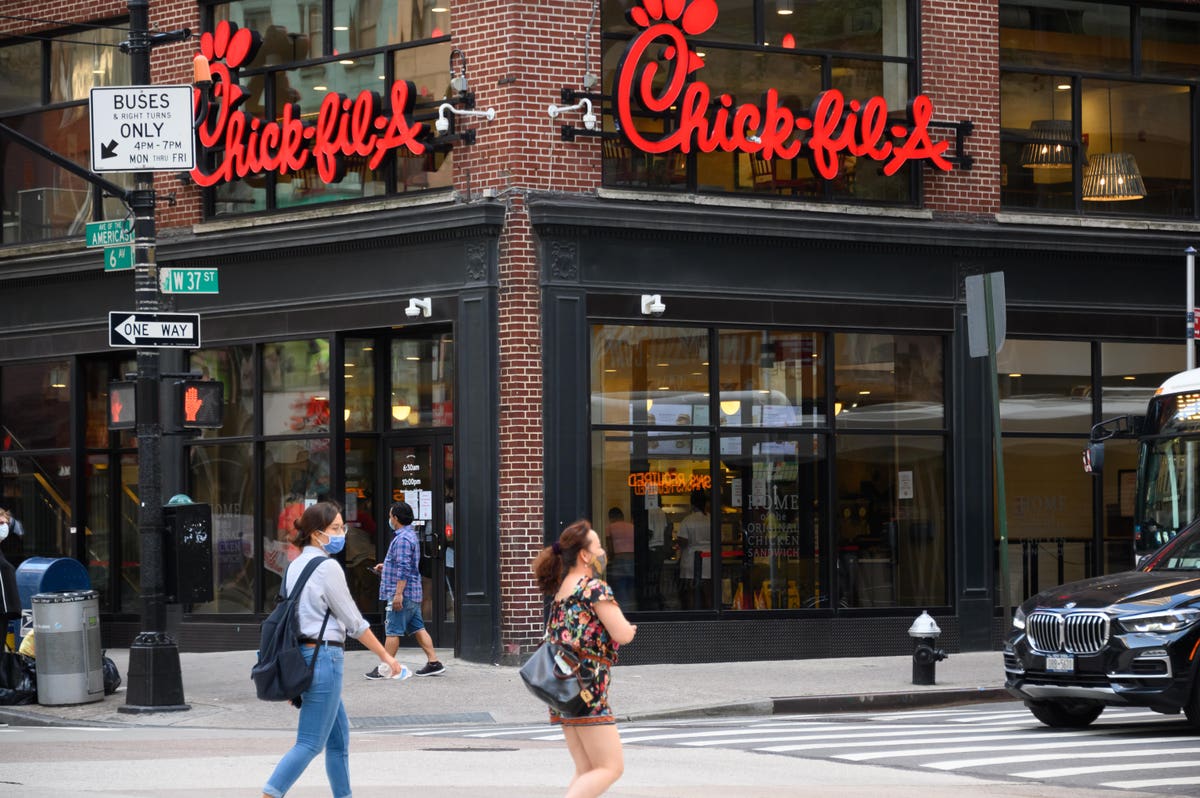 It’s difficult and maybe not even fair to judge how fast food players are coping with a patchwork quilt of shut downs and restrictions during COVID-19.

But, QSR Magazine has come out with its Top-50 rankings for quick service restaurants, aka fast food and places with fast service in 2020. And there’s been some movement on the list.

QSR bases its rankings on information received from restaurants between March and May, as well as Securities and Exchange Commission filings and those from research firm FoodserviceResults.

This year’s top five again places McDonald’s
on top, and Starbucks
right behind it. But moving into third place is Chick-fil-A, which QSR says has proved its strength in the pandemic

It moved up two spots from the 2019 ranking, when it came in at No. 5, and it’s the second time in two years that Chick-fil-A has jumped two slots.

Says QSR: “No major quick serve has loyalty like Chick-fil-A.” It noted that Chick-fil-A was able to capitalize on its drive-thru lanes when other places had to close dining rooms during shutdown orders.

Chick-fil-A leapt into action with all kinds of innovations, says QSR. It introduced Family Meal Bundles early on, with collections of entrées, sides, and beverages starting at $13.25.

It emphasized its meal kits via drive thru and delivery, and it launched a “Nightly Nuggets” video cooking series that demonstrated easy recipes using its menu items.

Chick-fil-A also scored well in a key measurement: sales per franchise. It far outperformed its top-five rivals, with an estimated $4.5 million in sales during 2019, QSR calculates.

For comparison, McDonald’s came in at $2.9 million per franchise, the magazine estimates.

The loser among QSR’s top five, year-over-year, was Subway. In 2019, it ranked No. 3; in 2020, Subway came in at No. 6. Over the past couple of years, Subway has closed hundreds of stores, and laid off hundreds of employees.

One thing hurting Subway is the location of a number of stores in gas stations. When driving plummeted during the pandemic, so did business at those locations. QSR estimated that the average store did $410,000 in revenue during 2019.

However, QSR notes that Subway franchisees have provided millions of free sandwiches for those in need in their communities. Some stores are selling groceries, and others are allowing customers to construct their sandwiches at home by selling individual sandwich ingredients.

QSR says it’s important to read this year’s list as more of a baseline for the fast food industry, than as the pure report card that it is been in the past.

“Restaurants will forever bear the scars of 2020, but in many ways, they’ll also be stronger for what they’ve gone through this year,” the magazine says.

“Whether they sink or swim depends largely on how they can learn and adapt from the biggest crisis since at least the Great Recession.”

How Brazil Can Use Domestic Fertilizer Production To Ensure Its Continued Role In The Global Food Supply
Cinnamon Improves Your Memory And Cognition
Mayakoba, Mexicoâs Timeless Resort Gets Better and Better with Age
Reports Say Young Drinkers Are Over Wine. What Do Winemakers Think?
How A Texas Oyster Company Is Helping Preserve The Gulf’s Bounty