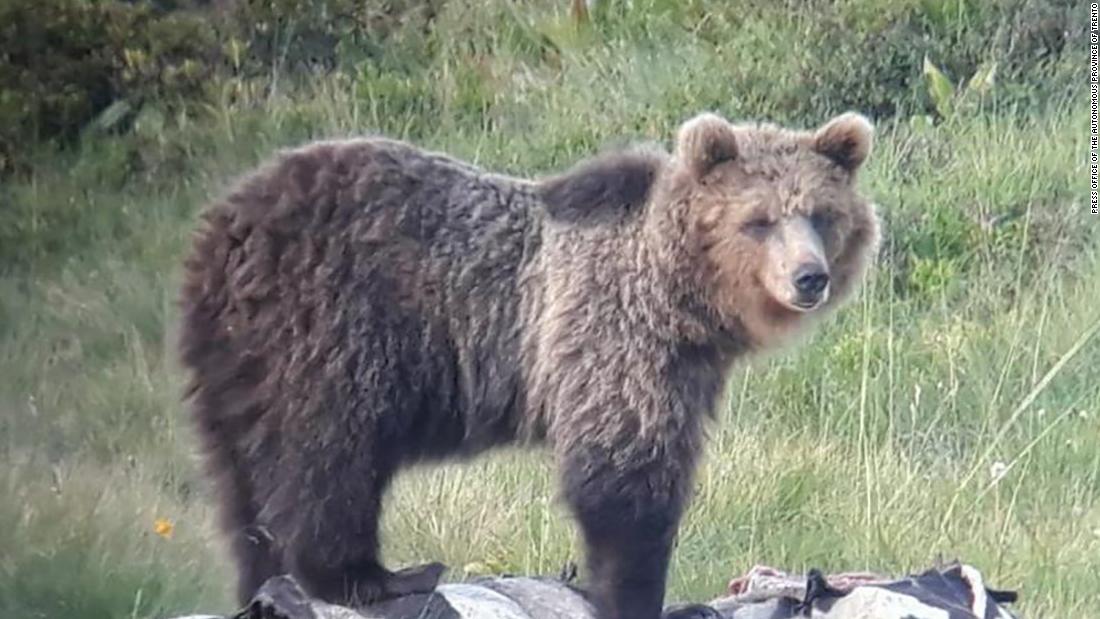 Travel
Share on Facebook
Share on Twitter
Share on Pinterest
Share on LinkedIn
Officially named M49, the four-year-old bear broke free from his enclosure in the province of Trento, northern Italy, in the early hours of Monday morning.
A spokesman for the region’s local government confirmed to CNN that the bear — affectionately named after the central character of the autobiographical novel by French writer and escaped convict Henri Charrière — has “fled his cage multiple times.”
Brown bears were introduced to the region in 1999 as part of the Life Ursus project, which sought to conserve the species in the Alps. The scheme, launched by the National Institute of Wild Fauna, has led to 100 bears living in the province today.
The aim had been for the bears to disperse, but instead they concentrated in the area, according to the spokesman, and are “fearless of humans and livestock.” The animals are believed to be responsible for killing several donkeys, goats and cows.
“Papillon,” who has fled “multiple times,” according to the spokesman, was first recaptured on April 28, but escaped again a few hours later from the fenced area.
Once returned to captivity, the animal was castrated in a bid to “calm him down,” according to the spokesman for the local authority.
But the procedure failed to live up to expectations as the bear is now once again missing from the 9,000 square meter enclosure that he shared with a female bear. It is believed his most recent escape took place between 2 a.m. and 3 a.m. on Monday.
That day, Trento’s governor, Maurizio Fugatti, interrupted a council meeting to deliver news of the bear’s latest escapade.
The spokesman said: “The fence was fortified and despite that he was able to break through the very resistant fence that was partially electric, he had a desire to escape stronger than a 6,000 volt fence.”
He added: “The problem is he is too wild and has a strong instinct to return to the forest.”
Last month, Italian animal rights groups called on the authorities in the same region to lift a death sentence on a brown bear that attacked a father and son who were out hiking.
There have been a number of bear attacks in the region in recent years, and local authorities have a database of bear DNA collected from feces, fur and saliva. Surveillance cameras are used to match the DNA to the animals.
This article was originally published by Cnn.com. Read the original article here.
Share on Facebook
Share on Twitter
Share on Pinterest
Share on LinkedIn