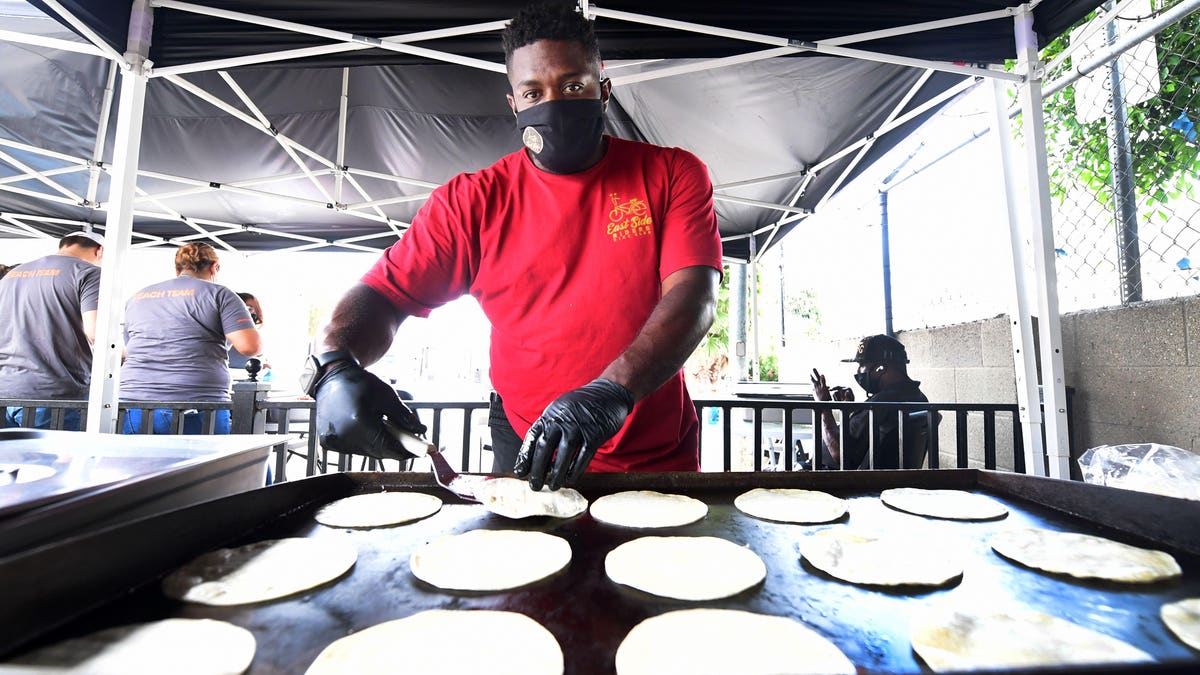 A new study finds that the restaurant industry’s long-standing practice of paying tipped workers a subminimum wage has led to significant racial and gender-based pay disparities, disparities that are now being exacerbated by the pandemic.

“Restaurant workers are having to choose between their lives and their livelihood,” said researcher Saru Jayaraman. Jayaraman is the President of One Fair Wage, the organization that compiled the report using a combination of federal data, interviews with workers in New York and other research studies.

According to the study, Black tipped workers and tipped workers of color face returning to work in an industry in which wages and tips are lower, customers are more hostile and they suffer greater health risks than their white counterparts.

Tipping is a legacy of slavery

The subminimum wage for tipped workers is a direct legacy of slavery, the report argues. While the practice of tipping originated in Europe, restaurant workers were always paid a much larger base wage there, with tips more likely to serve as a bonus rather than a substantial component of worker wages.

Tipping eventually came to the U.S., but it looked much different here. During the era of emancipation, employers in the hospitality industry lobbied for a subminimum wage for tipped workers as a way to avoid paying newly freed Black slaves a fair wage. Black workers were often relegated to low-paying, tipped positions like train porter.

Racial segregation persists in the restaurant industry today, the report found. Around half of all New York restaurant workers are people of color and more than 60% are women. But tipped workers of color are far more likely to be employed in casual restaurants where wages and tips are much lower.

Many tipped workers have also been unable to get unemployment insurance during the pandemic, with some reporting uncertainty about whether they even qualify. For tipped workers, establishing the amount of their tips for unemployment purposes can be difficult, sometimes requiring them to rely on their employer for accurate records.

Coronavirus makes the return to work a risky endeavor

Damani Varnado is an actor in New York who has long relied on restaurant work to supplement his income. He hasn’t gone back to the service industry since the pandemic forced restaurants to close, and he doesn’t see himself returning anytime soon. The customers just aren’t there, he said, as many of the city’s wealthier residents fled the city early on in the pandemic.

Varnado, who also volunteers with One Fair Wage, worries that restaurants are relying too heavily on workers to keep diners safe by requiring them to carry out too many extra sanitation measures. He’d feel comfortable returning if an outside company were responsible for some of these responsibilities, but “it’s too much to expect tipped workers to also be the sanitizers,” he said.

The return to work also brings greater health risks for Black workers. “For women of color, it’s a much graver choice,” Jayaraman explained. And it’s one that doesn’t offer much financial reward.

Black women earn nearly $5 an hour less than white men, according to national surveys of tipped workers, and close to $8 an hour less in New York. “They’re putting themselves at greater risk, and when they go back to work, they earn much less,” said Jayaraman.

Workers are returning to an industry where tips are down by 50%, according to the report. Many restaurant workers are working fewer shifts for less money but are encountering more hostile customers, diners upset over requirements to wear masks and maintain social distancing. The number one concern for tipped workers in the restaurant industry right now is their health and safety, Jayaraman found.

The report backs up One Fair Wage’s argument for replacing tips with a more livable wage, urged Jayaraman. “This is not a reliable source of income for anybody to live on and it never was,” she said. “We just need to switch now, not later, to a system in which workers actually get a wage.”

Visit the Home of Punxsutawney Phil for Groundhog Day
Antibiotics Use In Farm Animals Is Growing—Here’s Why It Could Pose A Danger To Humans
Reports Say Young Drinkers Are Over Wine. What Do Winemakers Think?
Boeing plans to add a new 737 Max production line to meet strong demand
Top Landmarks to Celebrate Black History Month