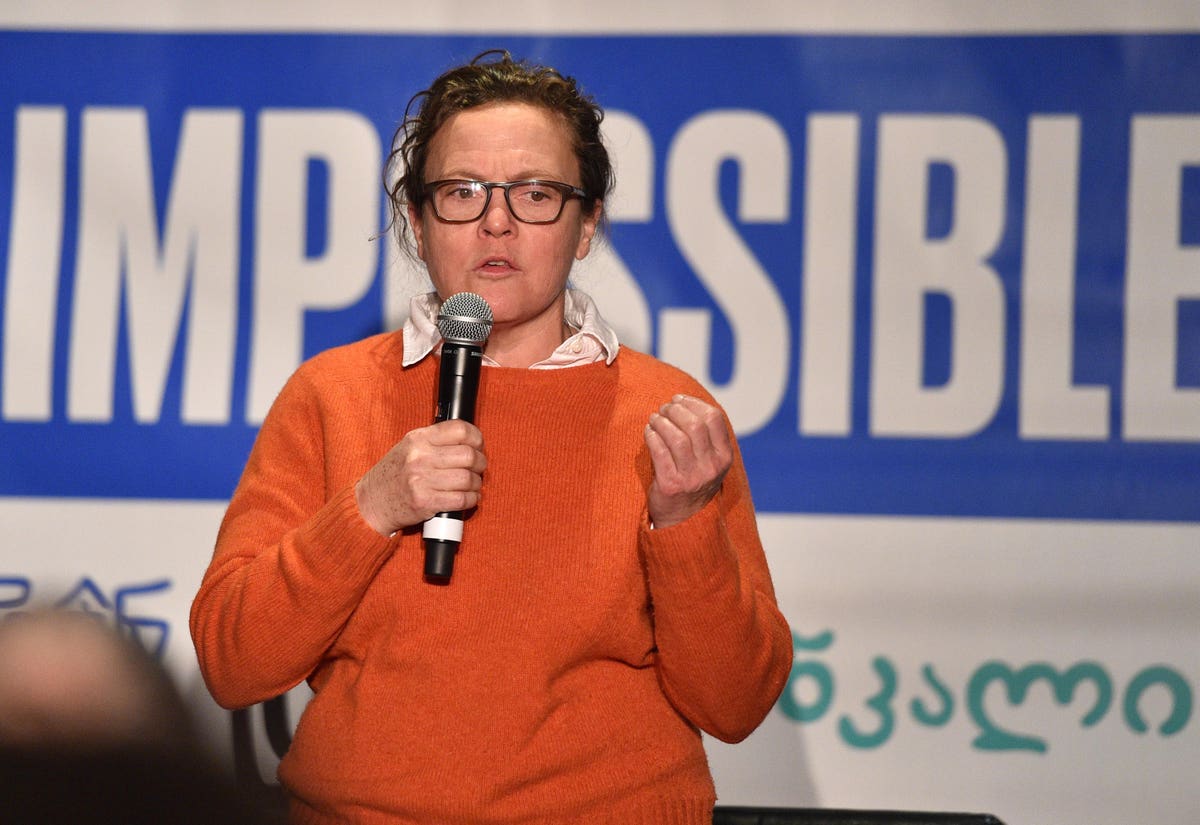 Impossible is one of those transformative food products that had everyone flocking to try it.

What they didn’t know about the plant-based meat substitute was how to cook with it. The few people who found it in grocery stores simply made it into burgers, the form in which it is most often found in restaurants.

This week, Impossible Foods came out with its first cookbook, called simply, Impossible The Cookbook. Published by Chronicle Books, the company corralled some big-name chefs to participate in developing recipes.

They’re led by two-time James Beard Award winner Traci Des Jardins, best known for her San Francisco restaurants and many appearances on food TV programs, who has served as an Impossible brand ambassador.

The cookbook couldn’t come at a better time, given Impossible’s performance during the pandemic. When COVID-19 began spreading in March, Impossible was only sold in 150 grocery stores, according to the company.

But it is now available in more than 5,000 grocery stores, including major chains such as Kroger
, Safeway, Wegman’s, and many more. After a slow March, the company says it also experienced record restaurant sales in May and again in June.

Des Jardins, long an advocate for sustainable farming, has been keeping up with Impossible for years. She began visiting Impossible Foods’ lab in Redwood, Calif., in 2015, when she first tasted the product.

Initially skeptical, “I took a bite and couldn’t quite comprehend what I had just seen and what I was eating,” Des Jardins writes in an introduction to the cookbook.

In an interview, Des Jardins said she still eats meat, and cooks it professionally, but she is apprehensive of the meat industry’s impact on the earth.

“The environmental impact of large scale food production is devastating,” she says.

“As a chef and making purchasing decision, I’m always about sustainable producers but there wasn’t enough grass fed meat in order to satisfy demand. All arrows point back to a company like Impossible Foods.”

The partnership with Impossible is a first for her. “I really haven’t been involved with a company like this,” says Des Jardins. “It was somewhat exciting and fun for me, because I got involved before the original form” that was sold in restaurants and grocery stores.

She says that she is especially interested to see how younger consumers will take to the Impossible recipes. Research shows that millennials and Generation Z are among the most enthusiastic adopters of plant-based products.

“You kind of have to convince them to eat meat,” Des Jardins says of younger diners.

Along with a number of Des Jardins’ recipes, the cookbook features about four dozen recipes from a variety of well-known chefs. They include Washington, D.C.’s Kwame Onwuachi, a winner of the Beards’ Rising Star award. His recipes include Ethiopian Spiced Meat with Hummus and Cashews, and Jamaican Patties with Calypso Sauce.

Chefs Sue Milliken and Susan Feniger provided a recipe for Albondigas Soup, dotted with spicy meatballs. Cleveland’s Michael Symon provides Tagliatelle with Bolognese Sauce, while Que Vinh Dang of Hong Kong has another riff on meatballs, these a Vietnamese style with nuoc cham, the fish sauce based condiment.

The cookbook includes detailed instructions for how to handle the Impossible product.

Home cooks should expect less shrinkage than a typical ground beef patty. They’re advised to prepare it straight out of the fridge, preheat their pan for a good sear, and cook it to medium-rare or medium. (It’s important to use an instant-read thermometer, or you can easily cook it too long.)

There are also tips on what to expect during cooking. For instance, it tends to absorb more liquid than ground beef. However, it generally can substitute for crumbled meat and in fillings, and in meatballs, patties and meatloaf.

Most of the recipes are deliberately simple, rather than multi-step affairs aimed at ambitious gourmet cooks. Says Des Jardins: “We wanted to make it accessible, and fun.”