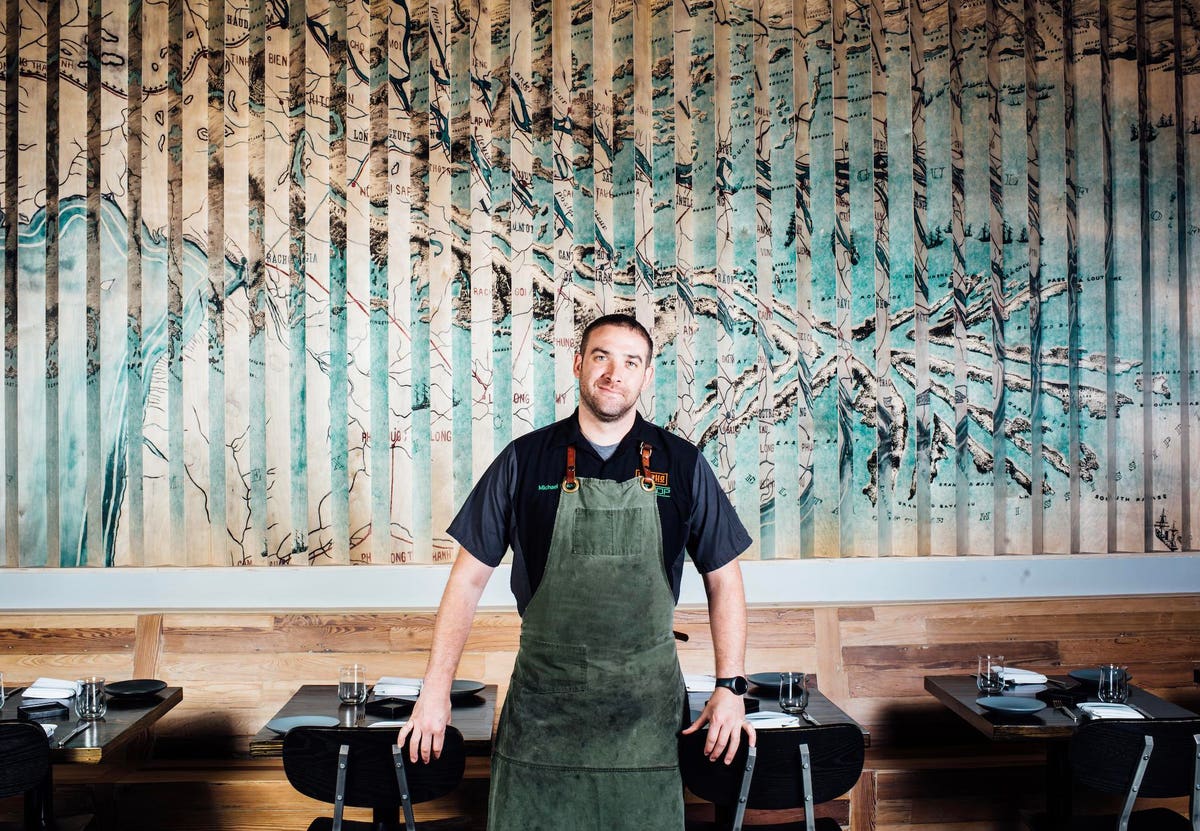 This summer is turning out to be a bloodbath for restaurant owners across the country.

From famous names to neighborhood favorites, experienced restaurateurs are facing the agonizing decision of how long to hang on, and when it’s time to pull the plug.

For some, the decision is made a bit less difficult because they have multiple places. One Off Hospitality in Chicago recently announced it would close Blackbird, a beloved restaurant that had one Michelin star, in part to protect its collection of restaurants.

And, customers might be able to find their favorite server and menu items at another spot owned by the same proprietor or company.

Making the call to close can be easier if the owners were already thinking of retiring, or want to shift to another style of cooking.

But, what if you aren’t ready to give up?

That’s the situation faced by New Orleans chef Michael Gulotta. Throughout the COVID-19 epidemic, I’ve been tracking Gulotta as he’s maneuvered through the difficult options that restaurants have faced.

He’s gone from closing his two restaurants at the begining of the pandemic, to re-starting just his casual place, MoPho, for carryout and delivery. Most recently, he’s re-opened the MoPho dining room, although at a smaller capacity than in the past.

However, his flagship restaurant, Maypop, has sat empty since March, a reminder of the career heights that Gulotta reached before COVID-19.

Maypop, which served upscale Asian-fusion dishes, is the reason he is a finalist for Best Chef-South in the James Beard Awards, which have been delayed until fall.

Maypop has won numerous awards and garnered lots of attention for Gulotti, who is a regular on the Today Show.

Understandably, “We don’t to close on Maypop just yet,” says Gulotta.

For one thing, shutting the restaurant would not allow him to evade his financial obligations. He has 18 months left to go on its lease, and faces a penalty for breaking it. He also owes his lenders for the loan they made to launch it.

Luckily, business has picked up at his second restaurant, MoPho, so that he can afford to put off the decision. “We’re hitting the numbers we need to hit — we think,” he says.

But, as Maypop sits idle, the cost of re-opening it gets higher. Gulotta, who stops by regularly to check on his place, recently discovered that a freezer failed. The contents, which Gulotta valued at $2,500, had to be thrown away.

Now, he’s spreading baking soda in it every couple of days to absorb the lingering odor, he says. While at his restaurant, he’s gauged activity in New Orleans’ Central Business District, where Maypop is located.

“It’s a ghost town,” he says. Summer is the worst time for restaurants in New Orleans, where the heat index has soared so high the city’s Nola Alert system has sent out daily text and telephone warnings.

Because of that, he senses the restaurant’s air conditioning system is about to fail. “I’ll have to drop a couple of grand to get the A/C fixed, and the freezer running again,” Gulotta says.

Meanwhile, he isn’t sure if Maypop’s employees will want to return. Now that the restaurant has been closed so long, some have found jobs, and others might prefer to draw unemployment than come back for the limited hours he can offer them.

Gulotta says he’s thought about holding some special events with guest chefs, but that would mean getting things back in working order.

He also could not have more than 50 guests inside, given new limits on social gatherings by the state. This weekend, Louisiana also banned indoor bar service, restricting taverns to carry out service only.

With cases rising, and a vaccine nowhere in sight, Gulotta says it’s impossible to know yet whether New Orleans will come back to life in the fall, when activity usually ramps up ahead of the holidays and Mardi Gras.

“If the city’s going to be dead for another year, we’re just going to pay out our lease,” he says.

So, for now, he says, the best solution is to tread water. But, he admits, “It’s a nightmare.”

Feel ‘The Float’ With Hiyo, A Nonalcoholic Social Tonic Loaded With Adaptogens And Nootropics
Welcome To The Year Of Yaupon Tea
As Tequila Takes On Global Ambitions, 818’s Mike Novy Weighs In On The Category’s Major Moves
If You Are Smart, Your Super Bowl LVII Party Can Cost You Less Than It Did Last Year
Custoza: An Undiscovered, Underappreciated Italian Wine Region