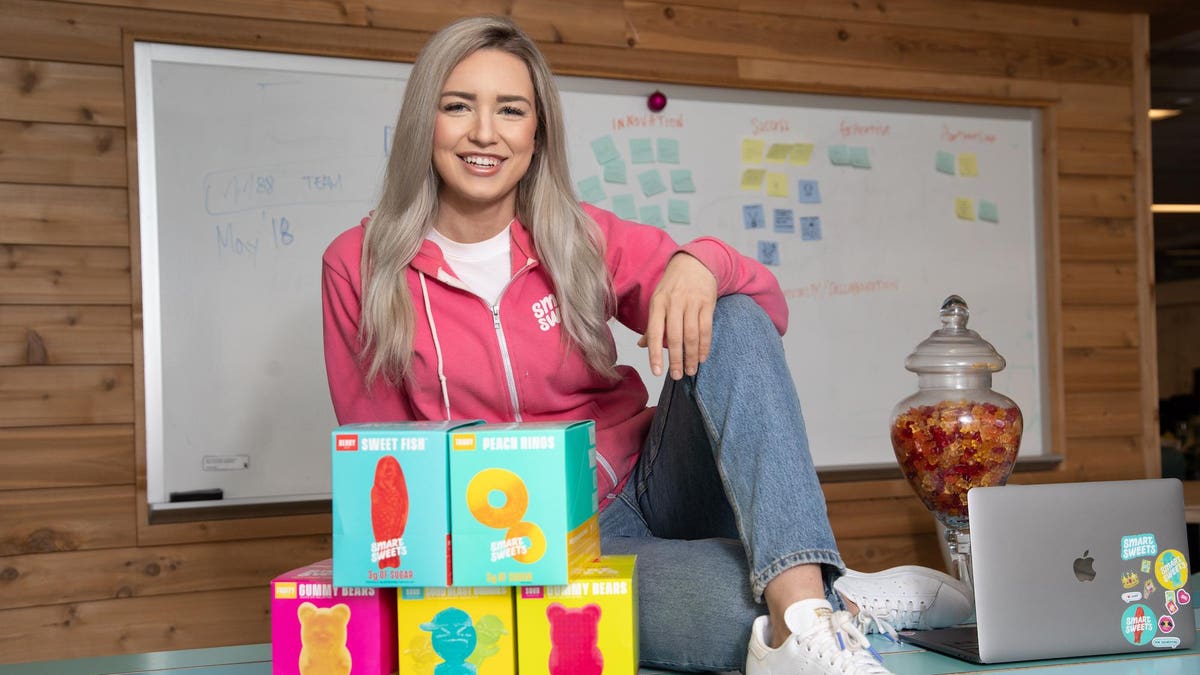 Consumers are becoming increasingly aware of the relationship between diet and health, and since the COVID-19 pandemic, this is taking on a new significance. With the virus continuing to spread, it makes sense that people are paying attention to what they can control, which includes eating a healthy diet to increase the chances of a healthy immune system.

Sugar is at the forefront of this conversation. In recent years, the war on sugar has been heating up, and it’s becoming harder to ignore the link between added overconsumption of sugar and increased risk of type 2 diabetes, heart disease, and obesity.

In response, governments around the world are introducing sugar taxes and food companies are subsequently lowering the amount of sugar in their products. And research shows that two thirds of Americans are trying to cut down on their sugar intake.

Alongside sugar’s plummeting reputation, consumers are becoming more conscious of the effects of eating a lot of processed or industrial meat on their health and the planet’s, and as a result, some are cutting back on it. The plant-based industry is said to be worth around $4.5 billion, having grown 29% in the last two years, and is projected to grow ten-fold by 2025.

It was only a matter of time before the two trends met. Plant-based companies are increasingly looking at how their products can be healthier overall. For example, the Impossible Burger has lowered the amount of salt and saturated fat in its vegan burgers. Now, the industry is turning its attention to sugar and offering low-sugar and no-sugar plant-based alternatives, and leading the race towards no added sugar, relying instead on natural sweeteners.

Icelandic start-up Good Good, for example, makes a sugar substitute and spreads made from a blend of erythritol and stevia, rather than sugar. Gardar Stefansson, co-founder and chief executive, says the benefit of using natural sweeteners is that they are less likely to increase blood sugar levels in the body.

“When we started Good Good, we were looking for a solution for diabetic family members when we realized there were large amounts of added sugar in every popular food item, from breakfast to lunch to dinner and snacks. We found that by swapping sugar for stevia, we were able to limit sugar intake without taking away sweet treats from our loved ones,” he says.

Similarly, start-up Otamot Foods has created sauces that don’t contain added sugar, and instead get their sweetness from vegetables including beets, carrots, butternut squash and sweet potatoes, meaning the sauces are natural with the added benefit of being high in fiber.

These vegetables are complex carbs, which means the body turns them into glucose. This leads to a spike in blood sugar, but research shows that this spike is more gradual because of the fiber, and therefore less likely to be harmful long-term, than added sugar.

This makes it easier for diabetes to manage their blood sugar levels – but these products aren’t just aimed at people with diabetes. As people become more attuned to the contents of their food, plant-based products will no longer be considered healthy by default, says Andrew Suzuka, founder of Otamot Foods.

“Consumers, more than ever, want transparency. They’re reading labels and cooking more for themselves and their families,” he says. “Nutritional labels and ingredient lists are scrutinized, which is welcome by brands such as ours.”

Fody Foods takes a different route to added sugar alternatives with its low FODMAP foods, which are a group of fermentable carbohydrates that cause gut symptoms in some people, and instead uses alternative such as maple syrup, raw cane sugar, coconut sugar, organic brown rice syrup and fruit juice.

While these foods have the same effect on blood sugar as table sugar, Steven Singer, chief executive and founder, points to research suggesting saccharin, stevia and sucralose can affect the gut microbiome – although researchers concluded more evidence was needed to make any conclusions. Using these ingredients, Singer says, results in a product lower in sugar.

“While our top priority is to make foods that are as nourishing as possible and that promote digestive health, we find that by focusing on whole, real food ingredients, our products tend to naturally be lower in added sugars,” he says.

Plant-forward companies are even starting to challenge out idea of candy. For example, Tara Bosch, chief executive and founder of plant-based candy company SmartSweets, launched her company after her own struggle to cut down on sugar.

“I started SmartSweets after my love affair with candy turned into an unhealthy relationship with food, and I experienced the negative effects excess sugar has on our health,” she says. “I tried to eat less sugar, but that only led me to crave candy even more, sparking my quest to kick sugar and keep candy.”

To achieve this, SmartSweets looks for alternatives to added sugar that won’t keep consumers in a constant loop of consuming and craving sugar.

“One of the new ingredients we are excited to be introducing as a sugar replacement is non-artificial sweetener allulose, found in raisins and figs,” she says. “It tastes like sugar but doesn’t act like sugar in your body,” Bosch says.

As consumers become savvier, and continue to avoid animal products and sugar, it makes sense that the plant-based industry tackles the sweet stuff. More research is needed around the health effects of some sweeteners – one review of studies states more long-term research is needed to compare sugar with sweeteners to see if they are truly a safer and more effective alternative – but what we do know for sure is that consumers interested in plant-based eating are increasingly looking for alternatives to sugar, too.

Antibiotics Use In Farm Animals Is Growing—Here’s Why It Could Pose A Danger To Humans
If You Are Smart, Your Super Bowl LVII Party Can Cost You Less Than It Did Last Year
The best spa hotels in Manchester
Where to Kick off Your 2023 Summer Travel
Top Landmarks to Celebrate Black History Month