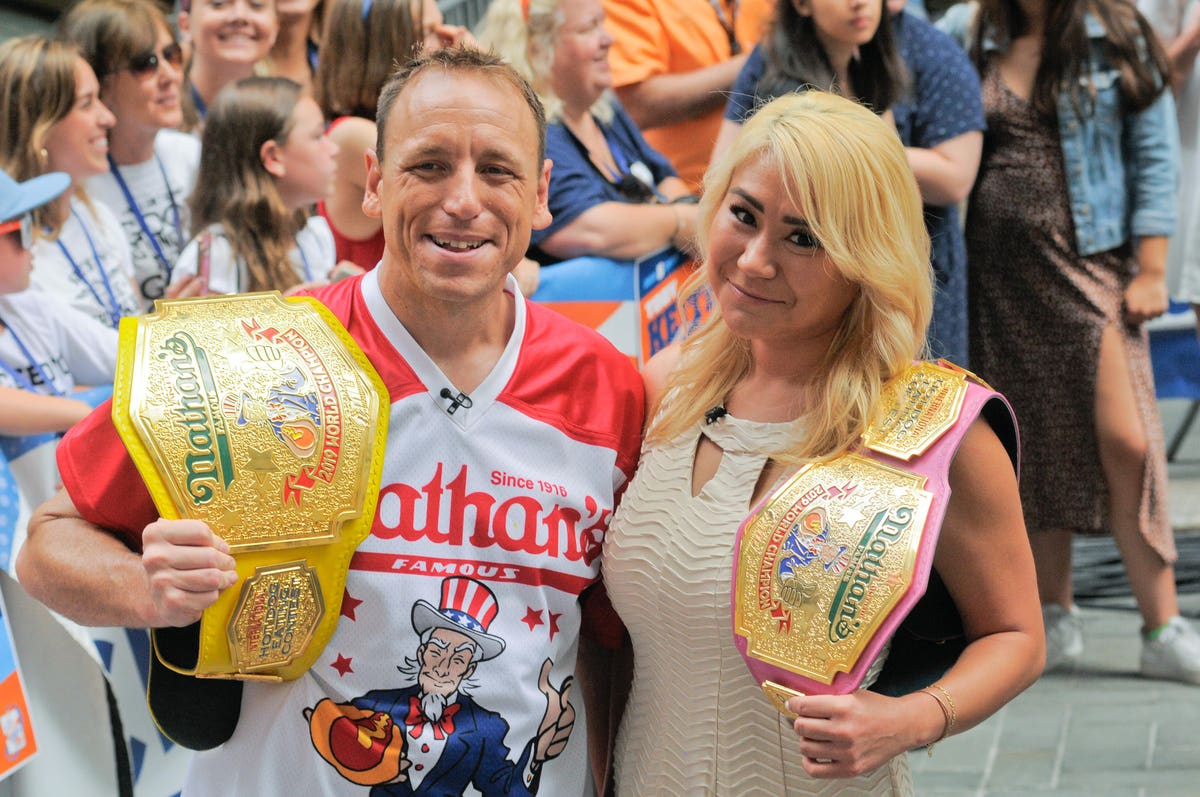 As America celebrates its 244th birthday amidst some of the most unusual circumstances in American history, many traditions, such as fireworks and family barbecues, will be forsaken. But in an enduring celebration of one of the country’s favorite foods, Nathan’s Famous Fourth of July International Hot Dog Eating Contest was held on Saturday, and two familiar champions were crowned — Joey “Jaws” Chestnut and Miki Sudo.

The annual televised contest, typically done in front of boisterous crowds at the corner of Surf and Stillwell Avenues near Nathan’s flagship shop on Coney Island, had to adapt to the new Covid-19 environment. As a result, the competition was televised on ESPN from a private location, and the number competitors in each contest was reduced from fifteen to five to comply with social distance requirements.

But despite the change in scenery, the contest remained the same – pitting well-known professional eaters against one another in a race to see who can eat the greatest number of hot dogs and buns within a ten-minute period. The winners received $10,000 dollars and prize money and the illustrious possession of the contest’s mustard title belt.

In response to a question of how she felt after her record breaking victory, Sudo was blunt. “I feel great.” the champion said. “I’m sure the physical effects will kick in in a little bit…”

In doing so, Chestnut once again proved why he is ranked number one on the Major League Eating Table. Chestnut’s most recent victory adds to his impressive collection of wins in other food competitions, as well as his long list of. 46 of world food eating records (which itself is a world record). Chestnut holds such notable eating records as number of chicken wings in 30 minutes (182), glazed donuts in 8 minutes (55), ice cream sandwiches in 6 minutes (25.5) and poutine in 10 minutes (28 pounds). He even holds a record for eating deep fried asparagus – 12 pounds, 8.75 ounces – an achievement Chestnut notched in 2014 at the Stockton Asparagus Festival.

Asked what contributed to his victory, Chestnut was circumspect. “The dogs were cooked really good today,” Chestnut said. “And being inside helped.”

Like many other events across America that are changing their format as a result of the coronavirus pandemic, hosts of professional eating contests are being impacted. Usually hosted at festivals in front of large crowds, the highly transmittable virus may make future contests, such as the upcoming U.S. National Buffalo Wing Eating Championship in September, difficult to host.

But as the telecast of the Nathan’s Hot Dog competition showed on Saturday, our sports-starved nation is still willing to tune in and cheer competitors in a seldom-seen sport that demonstrates the both the resolve, and the stomach capacity, of its competitors. And on a day when Americans celebrate the patriots who helped liberate our nation, both Miki Sudo and Joey Chestnut proved that when Americans put their mind to something, they can get the job done by swallowing whatever it takes to win.