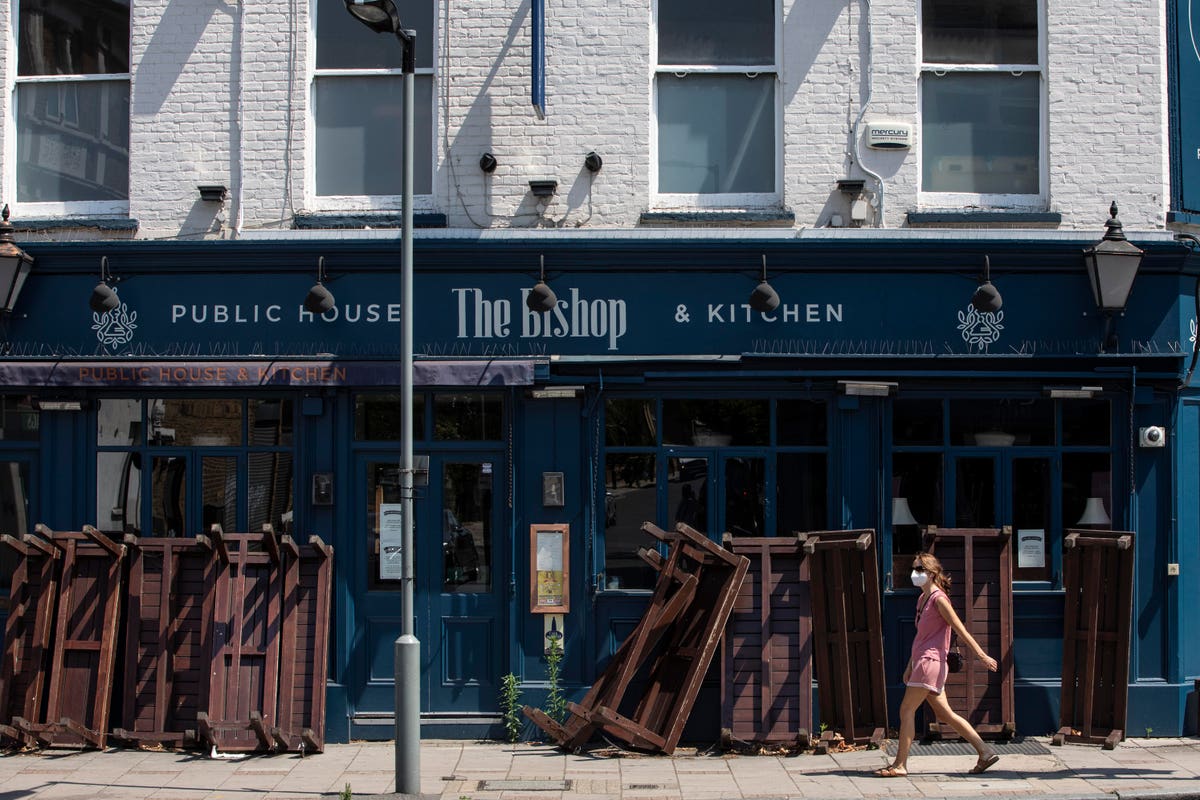 As pubs and bars across England reopen on 4 July in what has been dubbed ‘Super Saturday’, the commissioner of the Met Police, Dame Cressida Dick, has urged revellers to “be calm, be sensible” and to avoid violence amid the expected drunkenness.

Many pubs have suffered immensely under lockdown but the story is much more complex–pubs have been in decline for over a decade and many younger British people don’t see the pub in the same way as their parents did.

And post-pandemic, the British pub is more under threat than ever.

Many British people tweeted a line from cult film “Shaun of the Dead” when the pandemic hit. Reuters reported that they wanted to “go to the Winchester, have a nice cold pint, and wait for all this to blow over.” It’s the pub in which the main characters shelter from a zombie invasion.

From the Leaky Cauldron in Harry Potter to the Queen Vic in London television’s fictional East End, pubs are often seen as the lifeblood of British culture.

But pubs were under siege before lockdown

Landlords on the outskirts of major cities but far from the centres bore the brunt, as did smaller independent venues.

Bars have been suffering from supermarket sales

Many blame the increasing cost of a pint.

In 2018, the national average was £3.60 ($4.5) and £5 ($6.2) in London. Prices were a little higher in 2020, and crucially much more than many think they should pay or can pay for a night out, particularly when compared with discounted supermarket alcohol.

Many pubs have suffered during lockdown

Many bars have had to become different businesses during lockdown, functioning as takeaways or shops, employing delivery staff or serving customers through hatches in walls and windows.

Many pubs have lost money on out-of-date beer, which they will have to return once they reopen and can never be drunk–the same thing happened across the Channel in France, where it was estimated that up to 10 million liters would need to be destroyed.

Bars will struggle under new conditions

As venues reopen, they must follow strict guidelines–no bar service, only table service and everyone must respect the new 1-metre-plus rule to ensure social distancing. Groups should stay together and not mingle, as reported in The Telegraph.

The hefty 43-page guidance document for restaurants, pubs, bars and takeaway services must be put into place, making sure that risk assessments are carried out, furniture is reconfigured, food is ordered by smartphone applications where possible and payment should be contactless.

The question is when, and if, the sector will recover.

Young British people don’t go to pubs (as much)

Many blame Millennials for the decline–25% of people aged 16-24 describe themselves as “non-drinkers”–and statistics show this cohort drink less than their parents and go to the pub less.

In large cities with larger ethnic minorities, going to the pub doesn’t work for social or religious reasons and 68% classify themselves as non-drinkers. Experiences can be more of a draw, where drinking isn’t the main priority, but a secondary activity.

And now not many others are ready to return

Before social media, people had to congregate in buildings, where pubs formed the lifeblood of small and large communities alike.

Post Covid-19, many people simply don’t want to gather with other people. A poll by RBC Capital Markets, reported by the Daily Telegraph said that less than one fifth of people were ready to return.

What’s more, half of drinkers and diners expected to go much less than before the pandemic and 62% of consumers polled will make decisions on where to eat and drink based on social distancing measures.

Is crowdsourcing the answer?

Maybe pubs might be run on a subscription basis?

Some pubs have taken to asking their regulars for donations to keep them afloat. The BBC reported on a trend on crowdsourcing sites such as GoFundMe and Crowdfunder.co.uk with the aim of raising thousands of pounds to keep afloat and pay staff through the lockdown, when they have been forced to close.

Barge East, a floating pub and restaurant in Hackney Wick, raised £32,000 in one month and repaid donors in the form of restaurant vouchers or gift vouchers, where the head chef might cook at someone’s house for up to 6 people. It’s a form of the Pay It Forward scheme, where customers buy vouchers to keep their favourite business afloat, which they redeem when it reopens.

The iconic French House pub in Soho has been saved by a GoFundMe campaign, the Government’s furlough scheme (allowing it to pay its staff while being closed), and notably a last-minute reprieve by its landlord to waive three months’ rent.

In South Korea, to enforce social distancing rules, robo-bartenders have taken over. Reuters reported that whilst they can carve perfect ice balls and mix cocktails with 25 mixers in a flash but the only disadvantage is that they can’t do the smalltalk.

As reported by the BBC, Scotland will allow beer gardens and outdoor restaurants to reopen on 6 July and indoor areas from 15 July. Northern Ireland bars can open from 3 July, while Wales has not yet announced when it plans to reopen its pubs.