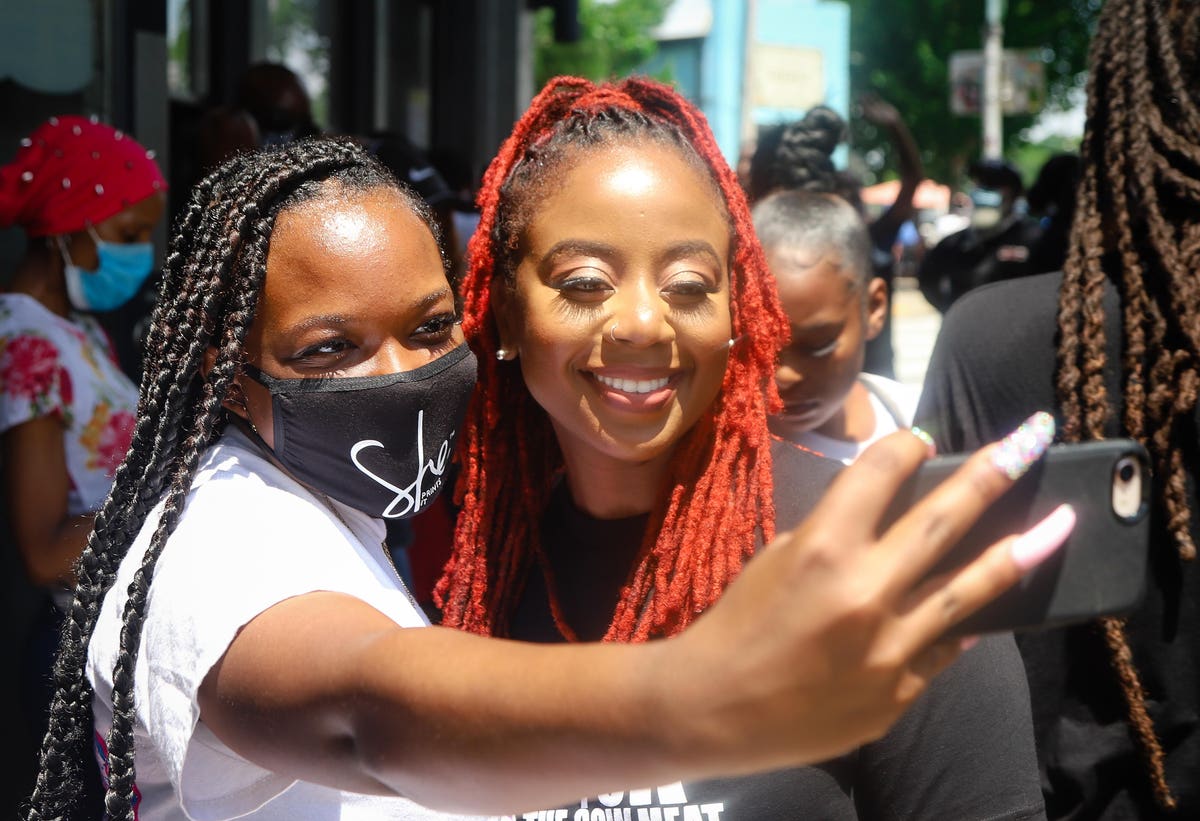 “The bigger lesson here is when a business does a lot for the people, those people will make sure that the business is protected,” Cole says. “That’s the definition of love and unity that we need to see more of.”

Cole is no stranger to community philanthropy. Growing up, her Jamaican mother had an open-door policy at home and provided free meals to people in the neighborhood. At Clark Atlanta University, where Cole was crowned queen of her class, she spearheaded a program called “Selfless” to help promote community service at the school.

“We are coming up with ways to make the whole voting system cool so that young people will want to be a part of it,” says Cole.

Her latest project, which is slated to launch in August, involves working with Black-owned life insurance company Atlanta Life to help provide life insurance for Black male residents throughout the city in an effort to “close the generational gap,” says Cole.

“Yes, the food is good,” says Cole, “but it’s bigger than food. It’s really about using our platform for good. We’re doing the work. We’re putting our money where our mouth is.”

Feel ‘The Float’ With Hiyo, A Nonalcoholic Social Tonic Loaded With Adaptogens And Nootropics
Eat Local If You Want, But Not For Climate Reasons
Wine Industry Report Offers Insight Into DTC Sales In 2023
Visit the Home of Punxsutawney Phil for Groundhog Day
Winter weather disrupts hundreds of flights across Texas