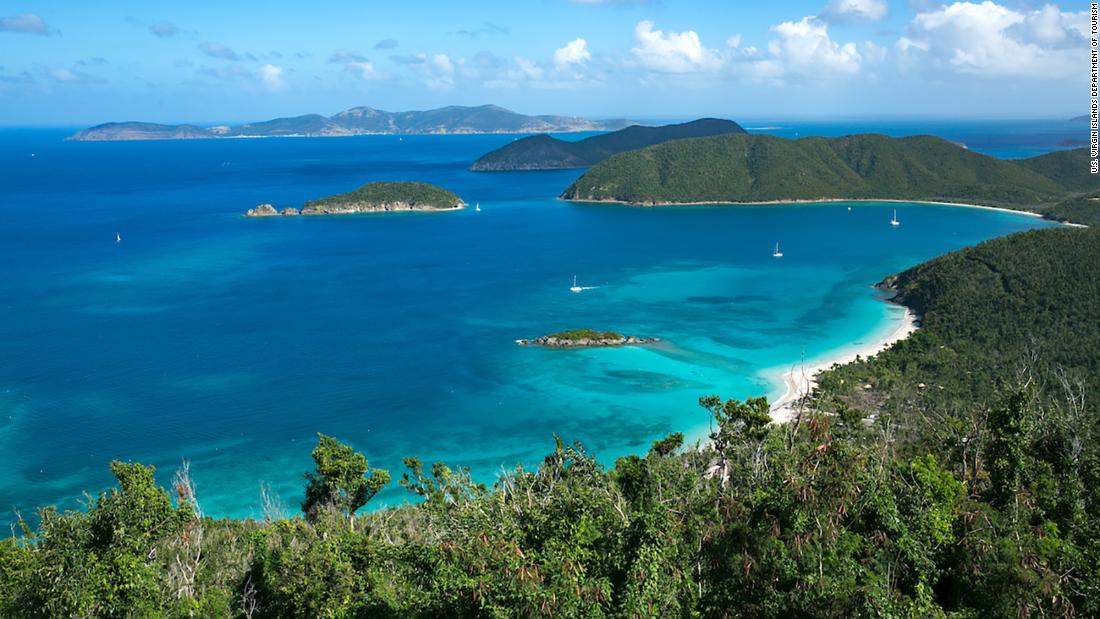 Some Caribbean islands, world-renowned for their miles of unspoiled beaches and crystal-blue waters, are cautiously and carefully reopening their borders to international visitors.

The island of St. Lucia began a phased reopening on June 4.

The Caribbean is an idyllic tropical paradise, and an easy distance from the East Coast of the United States. The region usually offers fantastic value during the summer low season, which coincides with the beginning of hurricane season.

Assuming one is willing to accept the complications and risks associated with traveling during Covid-19 (and this is still a pandemic), as well as the weather, these reopenings offer something of a holiday lifeline for the lockdown-weary souls.

First, according to Carmen Teresa Targa, a co-owner of the San Juan, Puerto Rico travel advisory firm Condado Travel, these storms don’t usually kick up until the end of August and tend to peak in September.

Second, cases of coronavirus in the Caribbean have been relatively low.

According to the Caribbean Public Health Agency (CARPHA), as of June 15, the islands had 39,102 confirmed cases of the virus and 1,021 deaths — compared with the 7.8 million confirmed cases globally. For perspective,the Caribbean is comprised of 33 islands, areas or territories and has a population of 44 million people.

Finally, the Caribbean’s familiarity with relief efforts following various devastating disasters has resulted in a hard-won fluency in the language of recovery, creating a scenario that allows for opening its borders sooner rather than later.

Frank Comito, the CEO and director general of the Caribbean Hotel and Tourism Association, says, “Given our experience at surmounting Zika and devastating storms, we know how to rebound quickly, and it’s no different with Covid-19,” he says.

Half Moon Jamaica is once again welcoming visitors.

Courtesy of Half Moon, Jamaica

Comito adds that his association has been aware of Covid-19 since January and had a webinar with the region’s hotels about the virus in early February that discussed health protocols.

Exactly how open the Caribbean is to international travelers depends on where you want to go. Overall, Comito says that 69% of the region’s 2,000 hotels are expected to be open, either partially or fully, by the end of July.

Turners Beach is a delightful spot on the southwest coast of Antigua.

American Airlines, one of the biggest carriers to the Caribbean, resumed its service between Miami and Antigua in early June.

On June 15, it resumed service to Jamaica from Miami, Dallas/Fort Worth and Charlotte, and on July 7, according to spokesperson Laura Masvidal, more operations to the region will resume as more destinations open. (American’s service from the US mainland to San Juan, St. Thomas and St. Croix continued to operate through the pandemic, although the number of flights were reduced).

With a June 1 opening, the US Virgin Islands was among the first in the Caribbean to welcome leisure travelers again. The phased reopening allows hotels, villas and Airbnb rentals to have overnight guests, while bars and restaurants can serve diners at 50% capacity. Public beaches are also open, but social distancing is a must.

Targa says that her agency saw an interest in Caribbean vacations as soon as the US Virgin Islands reopened for leisure.

“I hadn’t had sales or calls in months, but the phone has been ringing since June 1st,” she says. “The people calling are mostly travelers from the US, and many are inquiring about villa and home rentals for several weeks or more. They’re fed up with being home for so long.”

USVI, Puerto Rico are in demand

Keith Waldon, the founder and director of the Austin-based luxury travel agency Departure Lounge, had the same experience.

“Our clients, being upscale travelers who wouldn’t normally go the Caribbean in the summer off-season, are calling and requesting luxury villas in St. Thomas,” he says. “Since it’s part of the US, people seem to be comfortable with traveling there as opposed to an international destination where they may be more tentative.”

It’s this very reason why Puerto Rico is also shaping up to be another popular island to visit. Although not officially reopening for leisure until July 15, US citizens can go now without a passport since it’s a US territory.

Targa says restaurants are open at 50% capacity, and most of the hotels are too. The luxurious Dorado Beach, a Ritz Carlton Reserve, has opened, although many tourist sites don’t open until the July 15.

And as Puerto Rico has been reeling in recent years, in constant recovery mode because of Hurricane Maria and multiple earthquakes, travelers can feel good about helping the local economy recover by spending their tourist dollars.

Waldon says that his company has seen many requests for Puerto Rico. “It’s a place that feels international, yet it’s not,” he says.

While travel values abound in Puerto Rico, a few luxury hotels are promoting their exclusivity during a time when people are looking to avoid crowds.

The St. Regis Bahia Beach, for example, has a package for stays in its Governor’s Suite Building that has a suite, three connecting units, full kitchen and butler service. Nightly rates to sleep in such style start at $4,500.

An entry level room at the same hotel, however, doesn’t have to break the bank. Targa says that she can book clients with rates starting at $299 that include breakfast, an as-available upgrade and a $100 hotel credit.

On the higher-end scale as a vacation spot, St. Barthelemy, a luxurious island escape that has been coronavirus-free since April, reopened June 22 to international travel. On this date, according to a news release from the local tourism committee, all beaches, restaurants, boutiques and water sports can go about business as usual.

Hard to find a bad view on the tony island of St. Barthelemy

But entry isn’t straightforward: Visitors will be asked to provide proof of a negative Covid-19 test that was taken within three days before their arrival. In addition, if they’re planning on staying more than a week, they are required to take a second test on the seventh day after they arrive.

There are no nonstop flights from the US to St. Barts, but starting June 22, Tradewind Aviation will resume flights between the island and San Juan; St. Maarten, which also offers connections to St. Barts and has nonstop flights to and from and United States, has reopened its airport to passenger flights.
The Voyager ferry that transports travelers arriving into St. Maarten to St. Barts is reopen, but notes that passengers will be subject to a preboarding temperature check, must wear masks on board and practice social distancing.

“St. Barts, like usual, is on the dream list of where people want to travel to,” says Waldon. “Besides summer, we’re already getting bookings through December and into the next year.”

And as wary travelers look to spring 2021, a refurbished St. Barts property, Le Guanahani, will again be welcoming visitors, this time under the Rosewood umbrella, following a rebuild.

The retreat closed in 2017 because of Hurricanes Irma and Maria. The renovated resort, happily situated on its own private, beach-front peninsula, will be called Rosewood Le Guanahani St. Barth.

Aboard the Voyager ferry to St. Barts from St. Martin

Other possibilities for a more immediate beach holiday in the Caribbean include the Dominican Republic, which opened to international visitors on July 1; Jamaica, which opened on June 15; and the Bahamas, with a July 1 reopening date.

According to a July 29 press release from Barbados Tourism Marketing Inc. the island is reopening its borders July 12 — but with restrictions, “On arrival in Barbados, travelers will be required to present evidence of a negative result of a PCR Covid-19 test and bar code to clear immigration.” the press release stated.

The Ocean Club, Four Seasons, in the Bahamas is offering a fourth night free.

Attractive packages and reduced rates are widely available on all three islands, even at luxury hotels.

Eden Roc Cap Cana, a resort in the Dominican Republic with a renowned golf course, four restaurants and a beach club, has the Endless Summer deal for July: guests get all meals, discounts on golf and the spa and accommodations in one-bedroom oceanfront suite with an upgrade to a two-bedroom upon availability. Prices start at $1,980 for two nights.

A bargain? No. But it is less than half the price of what the same offer would cost come high season in December.