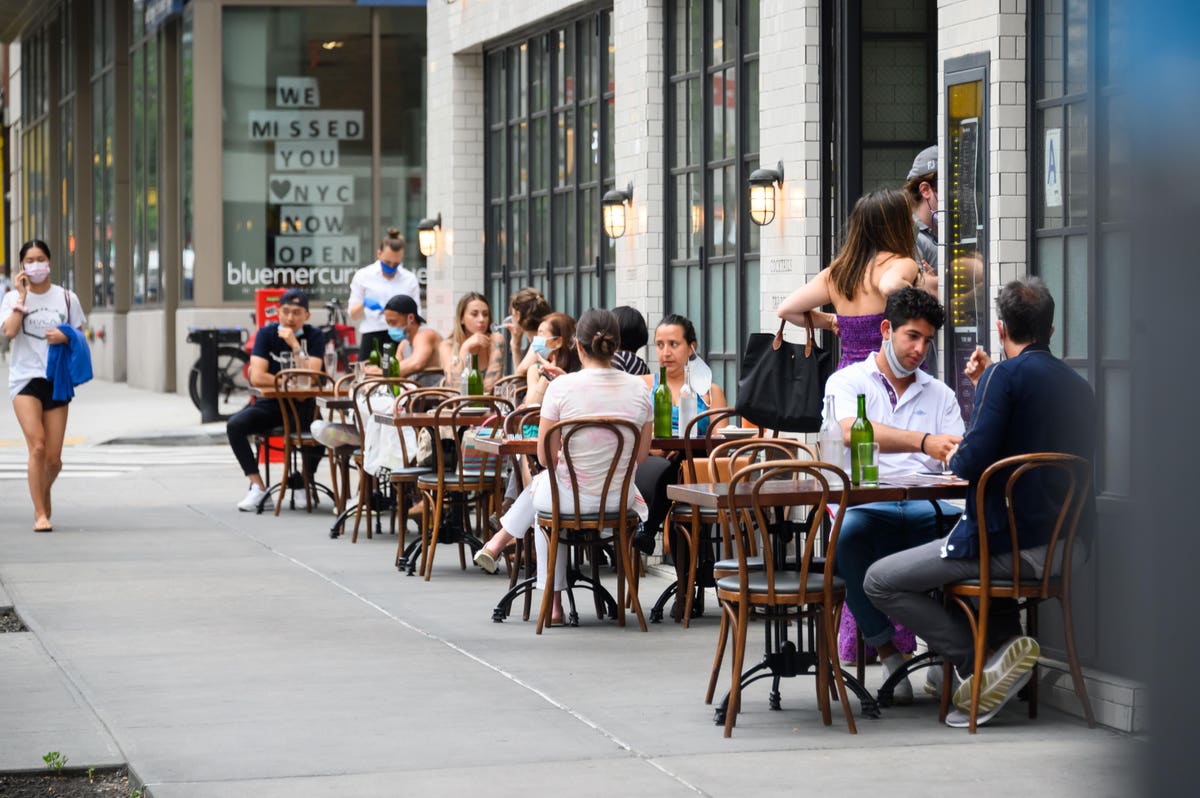 Only 40% of Americans would go out to a restaurant within a month, according to a Harris Poll shared with Business Insider that surveyed more than 3,000 Americans between June 26 and 29.

Although it is a slim minority, 2% said they will never feel comfortable going out to eat again.

Since March, there have been nearly 140,000 total business closures on Yelp, the company’s latest Local Economic Impact Report found. 41% have closed permanently. Compared to other industries that have been impacted by state shutdowns, such as retail and fitness, restaurants had the highest number of business closures in March. Of the businesses that closed, 17% are restaurants, and 53% of the restaurant closures are indicated as permanent on Yelp. Restaurants that have remained open have pivoted to focusing on takeout and delivery, offering virtual cooking classes and experimenting with take-home meal and drink kits, Yelp found.

New Yorkers won’t be allowed to eat indoors at restaurants starting next week, as was scheduled. Mayor Bill de Blasio announced the news on Wednesday after new coronavirus cases have surged across the country. New Jersey also postponed indoor dining which was set to resume on Thursday. Arizona, California, Texas, Florida, Louisiana and other states are revising reopening plans following spikes in coronavirus cases.

“We see a lot of problems and we particularly see problems revolving around people going back to bars and restaurants indoors,” De Blasio said at a press briefing Wednesday. “Indoors is the problem more and more, the science is showing it more and more.”

Poll Finds 60% Of Americans Aren’t Ready To Start Dining Out Again, And It Shows Why Restaurants Being Allowed To Open Won’t Prevent Mass Closures (Business Insider)