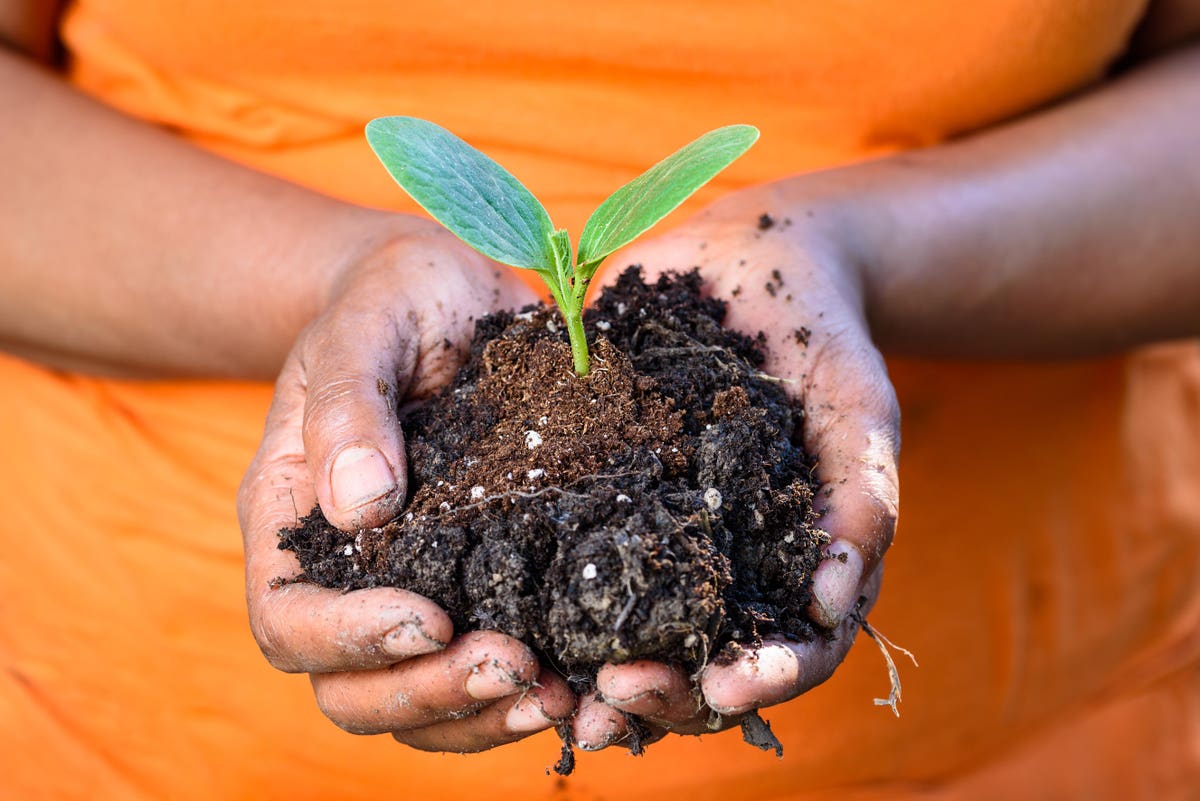 Given that 95 per cent of per capita calorie consumption worldwide comes from crops that grow directly in the soil or from food sources that indirectly rely on it, the symbolic maternal relationship between fertile soil and human life is profound.

Unfortunately, Mama ain’t happy. Thirty-three per cent of the earth’s soils are already degraded— at the current rate of soil degradation, the world could run out of topsoil in about 60 years (Food and Agriculture Organisation). And according to the ‘Global Burden of Disease’ study (2017), humans ain’t happy either. Poor diets are linked to at least one in five early deaths worldwide— more than any other risk factor, including smoking. Soils affect the food we eat, the water we drink and the air we breathe… If mama ain’t happy, nobody’s happy.

Healthy soil requires living mixtures of minerals, microbes, air, water and around 4 per cent organic matter, such as carbon, nitrogen, and hydrogen in order to sustain plant growth, but due to industrial farming methods such as mono-cropping, intensive tilling, lack of cover crops, and the use of pesticides and synthetic fertilisers, approximately one third of the world’s productive topsoil has been depleted, leaving it with just half a percent of organic matter— eight times less than it needs. (FAO)

Here is why soil degradation is bad news for human health.

“Healthy Soil = Healthy Food = Healthy People.” These were the words of J.I. Rodale, Founder of the Rodale Institute, back in 1942.

As early as 1921, researchers concluded that soil fertility is directly correlated with the nutrient content of food crops. (McCarrison)

USDA nutrient data confirms a significant drop in the amounts of protein, calcium, phosphorus, iron, riboflavin and vitamin C in conventionally grown fresh fruits and vegetables over the past fifty-years. These nutritional deficiencies have resulted in negative health effects such as obesity, stunted growth, eye problems, and non-communicable diseases such as diabetes and heart disease.

According to ‘The Power of the Plate: The Case for Regenerative Organic Agriculture in Improving Human Health,’ by the Rodale Institute and The Plantrician Project, more than half the world suffers from malnutrition or hidden hunger due in part, to modern agricultural practices that degrade the soil, causing a decline in the nutritional value of crops.

An article in Scientific American confirms, “The key to healthier produce is healthier soil… Those who want to get the most nutritious fruits and vegetables should buy regularly from local organic farmers.”

According to ‘The Power of the Plate’, “fertilisers, herbicides, insecticides and fungicides pollute waterways when they are washed off fields during rain events or through groundwater leaching.” Chemical nitrogen fertilisers, for example, are one of the main sources of nitrogen pollution of surface and ground water. Nitrate intake from drinking water has been associated with cancer, thyroid disease, adverse reproductive outcomes, methemoglobinemia (blue baby disease) and other health effects.

Contaminants in soil accumulate in plant tissue, to be passed to grazing animals, birds, and to the humans that eat them. These contaminants also reduce soil organic matter and its capacity to act as a filter, which directly impacts the nutritional value of the crops that grow within it.

Negative health outcomes have been linked to global warming, which is caused by the build up of greenhouse gases in the atmosphere. The World Health Organisation predicts that, “Between 2030 and 2050, climate change [or global warming] is expected to cause approximately 250,000 additional deaths per year, from malnutrition, malaria, diarrhoea and heat stress.”

Modern agricultural practices are estimated to contribute up to 25 per cent of global annual greenhouse gas emissions. Farming practices that help to restore soil health would mitigate these effects, allowing soils to sequester up to 1.85 billion tonnes of additional carbon a year.

Croplands with healthy soils, on the other hand, are a net sink for carbon, resulting in reduced greenhouse gas emissions and improved health.

A 2019 paper published in the journal, SOIL, confirms that crop yields of maize and wheat improved by 20 per cent when soil organic matter increased from 0.5 per cent to 1 per cent with marked improvements, as concentrations increased to 2 percent.

With the world’s population projected to rise to 9.7 billion by 2050, soil health is a critical element of global food and nutritional security. But despite the strategic importance of soil health, only about 25 to 30 per cent of farmers practice regenerative, soil-centric farming methods. (Ratan Lal)

A system of agriculture, that places healthy soil at the foundation of bountiful and nutrient-rich crops, should form the basis of what ‘The Power of the Plate’ refers to as a model of “Regenerative Healthcare” in which neither soil nor humans are treated with toxic chemicals.