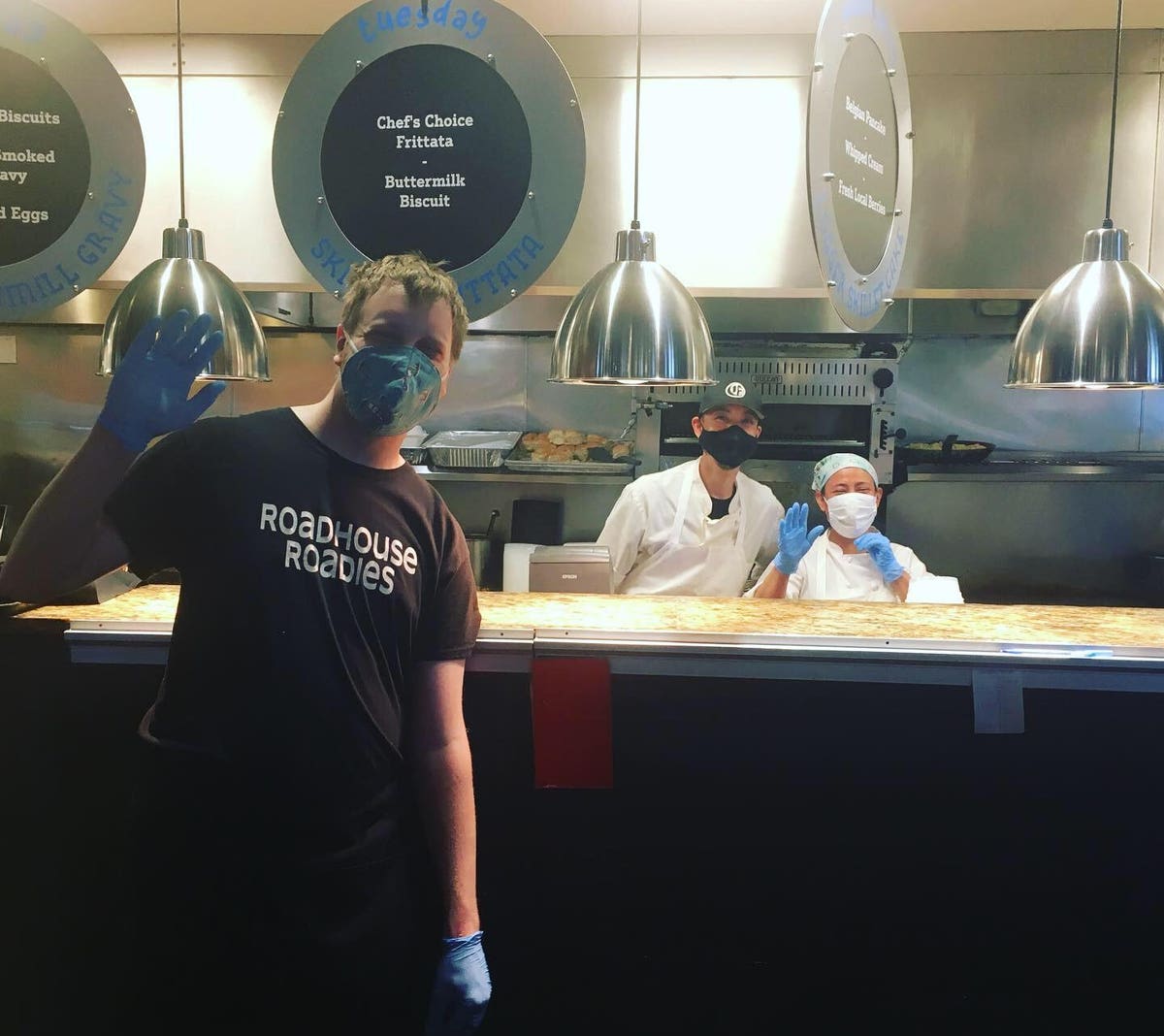 Three months ago, restaurants across Michigan joined other businesses in closing as part of the state’s stay home order.

I had one last meal in my usual perch at the front counter in Zingerman’s Roadhouse in Ann Arbor, Mich., where I liked to sit and watch the kitchen staff at work.

It was a Sunday, when our other favorite local choice is Nick’s Original House of Pancakes.

Both have been closing to diners since shut down. The Roadhouse has done a bustling carry out and delivery business, but Nick Panos, the owner of Nick’s, decided to keep his place shut.

On Monday, however, both restaurants re-opened for business, now that Michigan Gov. Gretchen Whitmer has lifted restrictions placed on businesses in an effort to fend off COVID-19.

Each place waited a week after restaurants were given the okay, allowing them extra time to put changes in place.

Some of the steps would have seemed unusual pre-COVID, but now comprise what’s become a new normal for restaurants due to the pandemic.

Here’s a look at what I encountered.

Temperature checks. When I walked into the Roadhouse, I had to stop first to have my temperature taken. I wasn’t worried. I have a digital thermometer at home, and have taken my temperature almost daily the past three months.

My temperature typically runs cool, at about 97.5 degrees, so I passed with flying colors.

Nick’s isn’t checking temperatures, but there’s a big sign on the front door asking patrons to stay away if they exhibit any symptoms including an elevated temperature.

Paper menus. Zingerman’s Roadhouse has always printed menus daily, highlighting a series of specials, so it wasn’t a surprise to find a paper menu there.

However, items that were usually available, like grilled cinnamon rolls and bagels, were absent. Zingerman’s Bakehouse, its bakery arm, is only making bagels two days a week right now.

The change was more evident at Nick’s, which has always used those big, plastic covered diner-style menus.

Now, it’s handing out the printed menus it previously used for carryout customers. Its entire menu was available, and it even has a new supplier, McClure’s Pickles from Detroit.

For now, though, it is not offering its usual list of seasonal specials.

Masks: restaurants are asking customers to wear masks into their dining rooms, where they can be removed for conversation and eating.

The Roadhouse requests that diners put masks back on if they get up to use the restroom, or go wandering around, like I did.

Staff at both places wore masks throughout service, as did kitchen staff.

Water. At the Roadhouse, servers now put down a glass bottle of water on the table. It’s a big change from the previous practice of a staffer circulating the room to refill glasses.

Zingerman’s co-founder Ari Weinzweig has famously incorporated water refills into his management practices, and even teaches a seminar on it.

He says that acting as the “water boy” lets him gauge how a customer’s meal is progressing, and tell if food is being happily consumed or just played with.

At least for now, that tactic is retired although on Monday, Weinzweig sat at a table on a patio outside the door, greeting every customer to arrived.

Sneeze guards. Both the Roadhouse and Nick’s have installed big clear plastic sneeze guards at their front registers, to protect hosts and guests from flying droplets.

The guards look a little strange at first, but since they’re see-through, it’s pretty easy to get used to them.

Table spacing. There were only two tables occupied in the room at the Roadhouse where I had breakfast, although a few more were available.

Zingerman’s has turned the booths it must keep empty into merchandise displays, featuring bags of coffee, books and hoodies.

Nick’s has blocked off its waiting area up front, and it is using straight chairs to mark the booths that customers cannot use.

It went through a $225,000 renovation last fall that created more space between its booths and tables, meaning it didn’t have to reconfigure anything now, Panos says, although he had no idea when he renovated that COVID-19 was coming.

So, how did the restaurants do on their opening morning? While the Roadhouse wasn’t full, even with the limited tables available, I noticed a long line of cars waiting to collect food and beverages at the drive through window.

The Roadhouse recently installed a series of bright picnic tables on a shady strip of front grass so that customers can eat their to-go orders on site, allowing them to skip the dining room.

Meanwhile, Panos says he had served about 50 guests by noon (the restaurant is operating on a slightly reduced schedule from 8 am to 2 pm) and he’d taken in about $700.

That’s a tenth of the 500 customers Nick’s served on a typical weekend day, pre-COVID, and he says it’s not enough to keep him solvent. But it was a decent start as restaurants reset.

Fresh Take: The Truth About Gun Violence, Food Insecurity And Food Workers
The best Gran Canaria resorts
After a catastrophic break-up I travelled the world solo – here’s what I learnt
Visit the Home of Punxsutawney Phil for Groundhog Day
If You Are Smart, Your Super Bowl LVII Party Can Cost You Less Than It Did Last Year