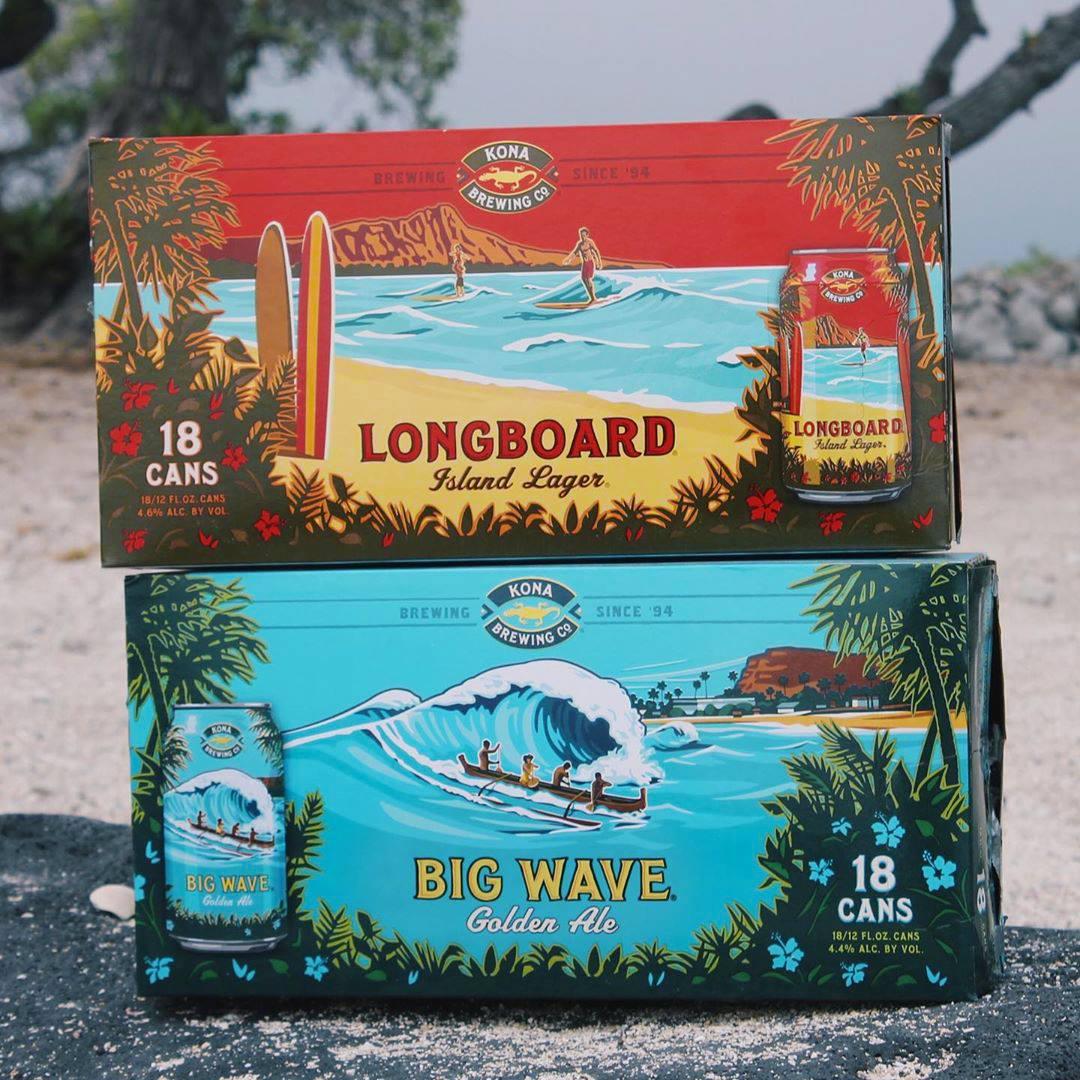 To help “expedite” a rigorous and prolonged Department of Justice (DOJ) review process, A-B InBev and CBA – which owns several beer labels, including the popular Widmer, Redhook, and Kona brands — have agreed to sell a 100,000-barrel brewery and two Kona brewpubs in Hawaii to a private equity-backed startup called PV Brewing Partners for $16 million.

Under the terms of the agreement, PV Brewing Partners — which counts former A-B president and current Schnucks Markets COO Dave Peacock, as well as Kansas-based family office VantEdge Partners, partial owners of the Kansas City Royals, as investors  — will control the Kona brewing operations and the rights to the brand in Hawaii.

However, if the deal goes through, A-B — which agreed to purchase the remaining 68.8% of the Portland, Oregon-headquartered company that it doesn’t already own for $16.50 per share in November — will still control the rights to Kona, which makes up two-thirds of CBA’s business, in the 49 other U.S. states and internationally.

The proposed spin off is intended to quell DOJ fears of an A-B monopoly in Hawaii, but like any proposed merger, the devil is in the details.

Reached by phone, CBA chief executive Andy Thomas said that selling Kona’s operations in Hawaii would help “maintain a marketplace where there is good, free competition.”

“You want to make sure you aren’t creating too much of a ripple,” he said, when asked how this type of divestment would help ease the DOJ’s concerns. “If you are the DOJ, you are taking a look at different geographies and the wave it might create.”

Indeed, Kona has a strong presence in Hawaii, where it controls more than 10% market share. A-B is also a major player in the market, with its various mainstream and craft beer offerings.

By providing a “degree of autonomy” to an independent operator like PV Brewing, A-B InBev would — in theory — be unable to use its size, strength and vast resources as the world’s largest beer manufacturer to box out smaller competitors.

However, the reality of the situation is far more nuanced.

So, while A-B InBev employees won’t be making certain Kona products on the island, or serving pints at the company’s two brewpubs, they will be delivering beer and facilitating sales across Hawaii.

Additionally, the optics of selling the Kona brewery to a former A-B executive who also currently oversees procurement for 112 grocery stores throughout the Midwest aren’t great.

But Thomas, who said he considered proposals from several private equity firms and strategic buyers before awarding the business to PV Brewing, believes the allegations of favoritism are overblown.

“I get the attraction to jump to that conclusion,” he said. “The irony of that, for those of us who have been in the industry for a long time, is that the ABI of today bears very little resemblance to the A-B of Dave’s era.”

If the DOJ approves the combination with CBA, A-B will own 21 different U.S. craft breweries located in some of the country’s most important beer markets like Los Angeles, Miami, and Seattle, among many others.

And while A-B InBev’s portfolio might have transformed over the last eight years, its in-market blocking and tackling strategies are mostly the same: dominate wholesaler mindshare, control shelf space, maintain on-premise draft handles and focus on selling priority brands at scale.

Selling Kona to Midwestern investors with existing ties to A-B, who also have a vested interest in continuing to remain aligned after the transaction has closed, doesn’t exactly create the most impenetrable firewall between the two companies or do much to promote fair competition for the benefit of consumers.

As stated in the purchase agreement, the A-B-owned wholesaler in Hawaii will continue to provide PV Brewing with “certain sales, promotion and distribution services,” while CBA will “brew, bottle and package” certain Kona products for the new owners on a “transitional basis.”

For his part, Thomas contends that similar arrangements, such as A-B’s divestment of the Modelo business in the U.S. to Constellation Brands
, are proof of the system working.

“This isn’t about who somebody is or where somebody is from,” he said. “This is about whether it would have an adverse effect on competition in the marketplace.”

According to Cowen analyst Vivien Azer, CBA and A-B have long understood that Kona’s operations in Hawaii could “be a thorn in the DOJ’s side.” That’s why the two companies carved out the possibility of a divestment following last November’s announcement.

“Other than with respect to CBA’s Hawaii business, A-B is not required to make any divestitures, or agree to any other remedies, in order to obtain antitrust-related clearances,” a public filing reads.

In a news release, A-B’s Marcelo “Mika” Michaelis, the president of the company’s Brewers Collective division, said the two companies had a “shared vision for the expanded partnership” that included the Kona assets.

“We are still optimistic about the ability of CBA and A-B to offer more consumers, in more communities, even more choices as a result of this expanded partnership,” he said, adding that PV Brewing would “continue investing and driving economic growth in Kona’s communities in Hawaii.”

For her part, Azer, who described the Hawaii brewery as a “radioactive asset” in a note to investors on Thursday, said she was “more optimistic on the culmination of this transaction” following the Wednesday’s news.

The transaction with PV Brewing is expected to close in August, according to a filing, and Thomas said he still expects the DOJ to conclude its review and give the merger the go-ahead in 2020.

Nevertheless, the sale of Kona to PV Brewing could fall apart if the DOJ determines that the “divestiture is not an acceptable remedy in order to obtain regulatory clearance,” a filing noted.

Thomas declined to comment on the possibility of making additional divestments in order appease regulators, saying only that the DOJ typically focuses on promoting fair competition and protecting consumer interests across certain geographies when reviewing these types of transactions.

Fever-Tree And It’s Co-Founder Tim Warrilow Are Still Challenging Industry Norms
The next ‘White Lotus’ is expected to be filmed in one of these locations in Asia
Where to Kick off Your 2023 Summer Travel
If You Are Smart, Your Super Bowl LVII Party Can Cost You Less Than It Did Last Year
A Partnership Between Target And Black-Owned Family Farms Brings Sustainable Cotton Products To Consumers