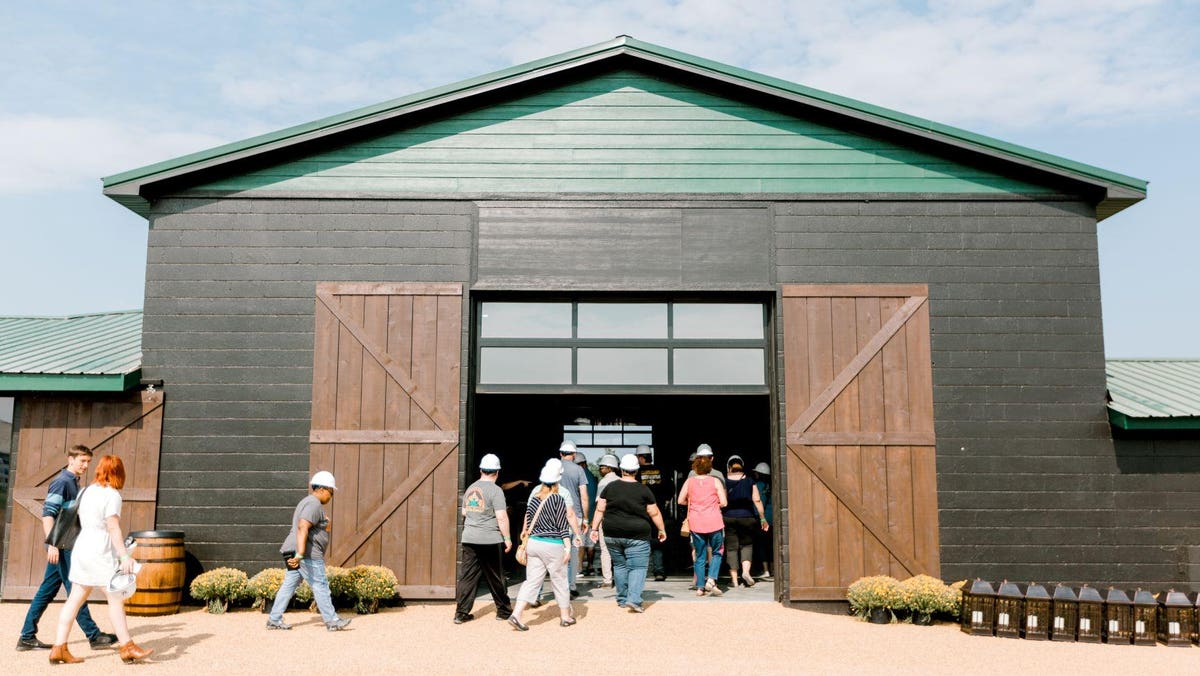 The program will consist of a distilling school, as well as a series of apprenticeships and mentor programs for black distillers and spirits entrepreneurs. Both brands have committed an initial $5 million to launch the initiative.

The cornerstone of the initiative is the Nearest Green School of Distilling, a certificate program run through Motlow State College (Tennessee’s fastest-growing college). Students graduate with a spate of STEM-based and employable industry skills.

The school has been a year in the making and currently sits with the Tennessee Board of Regents to await accreditation approval by SACSCOC. If everything runs smoothly, the first students will be sitting in classrooms (or starting up their stills) by Fall of 2021.

The initiative is also launching a Leadership Acceleration Program. This will bring apprenticeships to African-Americans already in the field who want to further their career by rising to the role of head distiller, head of maturation or production manager. The first round of apprentices are set to kick off their studies at some of the country’s top distilleries shortly.

The third prong of the initiative is the Business Incubation Program. Through this program, African-American entrepreneurs will have access to top resources crucial to launching a distilling or spirits business, including time with branding executives, connections to marketing firms and expanded distribution networks.

These three initiatives are steered by an advisory board of senior members from both distilleries.

Founded in 2017, Uncle Nearest as a brand is built around supporting the African American community in Tennessee. The name alone—Uncle Nearest—is an homage to Nathan “Nearest” Green, the first African-American master distiller (and a former slave) who taught a young Jack Daniels the method of charcoal filtration we now know as the Lincoln County Process.

“This collaboration allows the extraordinary friendship of Nearest and Jack,” said Lawson Whiting, President and Chief Executive Officer, Brown-Forman Corporation, the parent company of Jack Daniel’s, “and the hope they embodied during racially divided times in our country’s history, to help us advance the next generation of African-American leaders in our industry.”

Uncle Nearest was born when Fawn Weaver read that Green, a pillar figure in the history of Tennessee Whiskey, had almost completely disappeared from the current whiskey narrative. Historian and best-selling author Weaver began working to further bring the story to light.

Three years later, Weaver is the founder and CEO of a multi-million dollar whiskey brand dedicated to Green. Uncle Nearest is the first spirits brand ever to commemorate an African-American, and the first led by a black woman.

The brand makes damn good Tennessee Whiskey—the awards rolling in confirm that—but the brand continues to turn its efforts to shining a light on the diverse past and present of the whiskey industry.

Uncle Nearest is rewriting whiskey’s history to include people of color and women, and expanding Tennessee Whiskey’s identity far beyond its role as the liquid logo for the old boy’s club.

The brand sponsors every one of Nearest Green’s descendants to go through schooling—permitted they keep their grades above a 3.0.

Uncle Nearest restored the ‘blacks’ section of the segregated cemeteries of Lynchburg, adding a marble entrance, landscaping the grounds, and erecting a memorial to Green.

In the near future, the brand-funded museum of Tennessee whiskey will open, pointing a spotlight on women and people of color in the industry that have been hidden from the history so far.

Uncle Nearest is the most awarded American whiskey of 2019 and 2020 to-date. Accolades include Double Gold at the 2020 San Francisco World Spirit Competition.

As the New York Times
pointed out recently, most bourbon ads are targeted towards white, middle-aged men, excluding a huge globe of drinkers. Groups like the Black Bourbon Society aim to bridge the gap between the industry and African-American whiskey drinkers. Strategies like the above from Uncle Nearest and Jack Daniel’s will help these efforts, creating more space for black voices in the industry.

Eat Local If You Want, But Not For Climate Reasons
Feel ‘The Float’ With Hiyo, A Nonalcoholic Social Tonic Loaded With Adaptogens And Nootropics
Boeing plans to add a new 737 Max production line to meet strong demand
Luxury Lifestyle Awards Unveils TOP 100 Hotel General Managers 2022Â
Luxury Lifestyle Awards Reveals the Best of the Best in Hospitality Industry in the TOP 100 Hotels & ResortsÂ