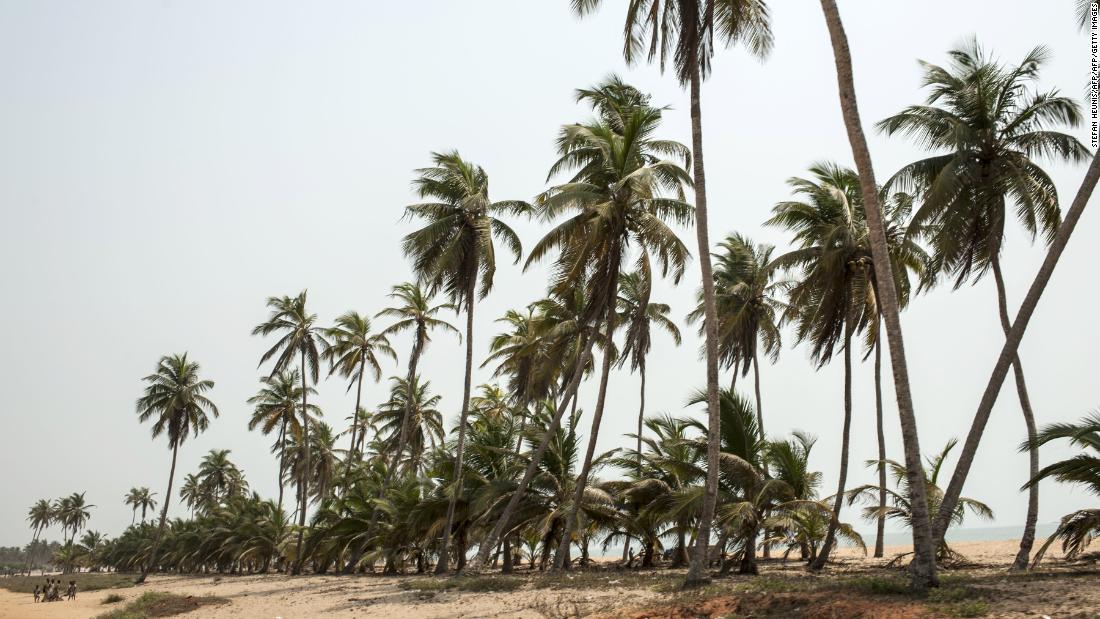 Travel
Share on Facebook
Share on Twitter
Share on Pinterest
Share on LinkedIn
The United World Tourism Organization, or UNWTO, estimated a 3 to 5% increase in international arrivals to the continent as a result of demand for air travel and easier visa processes.
As coronavirus hit, airports were shut down, tourists stopped arriving and the industry was forced to pause.
Many countries on the continent also imposed lockdowns, shutting down hotels, tour companies, event centers and public transportation.
The tourism industry — consisting of entertainment, accommodation, food and beverage and operating tours — employs more than 1 million people each in Nigeria, Ethiopia, Kenya, Tanzania and South Africa, according to the United Nations.
It also accounts for more than 20% of employment in Seychelles, Cape Verde, Sao Tome, and Principe and Mauritius.
But due to the spread of Covid-19, many of its sectors are cutting jobs and losing revenue.
The UN estimates that the pandemic will cost up to 2 million direct and indirect jobs in tourism on the continent.

In Kenya, some hotels and guesthouses on the Kenyan coast reported occupancy rates of less than 7% in March, according to local media.
In the same month, Victor Shikata, the general manager at the Flamingo beach hotel, in Mombasa, Kenya’s coast, told CNN that the hotel’s pool and lounge were empty. And its once sandy beaches have become deserted as a result of the virus.
The hotel also had to deal with massive cancellations of holidays and conference meetings, he added.
Food and beverage services are not left out as business owners say they are forced to lay off staff or cut down on their salaries.
Ada Osakwe, founder of Nuli, a chain of health food restaurants based in Lagos, Nigeria’s commercial center told CNN that her business was forced to close down 9 of its 10 stores following the coronavirus pandemic in April.
According to Osakwe, the restaurant’s sales dropped by 95% during a mandatory lockdown set by President Buhari, forcing her to cut the salaries of her employees.
“I’m just really with spreadsheets and putting percentages next to everyone’s names to see how we are going to pay salaries. After April, I don’t know how we are going to survive,” she said.

Tanya Kotze, founder of Africa Direct, a tour and travel company based in South Africa told CNN that when international flights to the country were canceled in March, her team was thrown into ‘absolute chaos.’
International travel has always been a huge factor for tourism and in 2018, it generated $38 billion for Africa, according to the UNWTO.
Kotze, who has been running Africa Direct for 15 years says her team spent about four weeks reaching out to clients and rescheduling bookings for 2021 and 2022.
“The first month after international travel stopped, it was absolute chaos of moving bookings of our current clients who would have traveled this year. It was dealing with so many cancellations and activities to prevent our clients from losing their money,” she said.
Canceling and rescheduling trips could potentially translate into a loss of $30 billion to $50 billion in revenue for the continent’s tourism industry this year, according to the United Nations.
But because of increasing cases of the virus, more than 123,000 on the continent as of May 29, Africa does not have a choice.
Kotze says that one of the ways her company is staying afloat is by leveraging on already existing relationships with her clients who are mostly visitors from the US and Europe.
“We are fortunate to have repeat clients so we are offering really affordable packages ahead of 2021 and 2022 and encouraging them to book now.
We are so fortunate that many of them are booking. The exchange rate is now favorable for Americans and Britons looking to your Africa so we are trying to make it as attractive as possible,” she explained.
While offering low cost tour packages ahead of the next couple of years is laced with uncertainty and is a financial loss, the company is able to retain a significant amount of its customers and secure work ahead of 2021 and 2022, she added.

It is still unclear when African countries will fully open up their borders to travel and tourism.
While some countries are still operating emergency flights in order to repatriate citizens stuck abroad, and some are still operating cargo flights, for the most part, international air operations remain grounded.
Sisa Ntshona, CEO of the South Africa tourism board says when borders finally open up, travel will be slow and Africa will need to make adjustments.
“Travel itself is going to start slowly. It will be people mostly traveling within their own cities first, exploring and enjoying the freedom of movement. It will take a while before we receive tourists from outside the continent,” he told CNN.
According to Ntshona, African countries need to make their holiday destinations more attractive in a post-coronavirus era as a lot of countries will be competing to get tourists to come to them.
“It’s about understanding the behavioral patterns of the new modern tourists and be able to fulfill those needs. It’s no longer about going to places and taking fancy pictures, people want to immerse themselves in the culture, food, flavors, and fashion…
It is really about positioning ourselves as a continent to be able to give all those requirements to the modern-day traveler,” Ntshona said.
African countries need to focus on improving tourism services in order to attract tourists and stimulate growth in the industry.

The future of tourism

Ntshona says things will become more digital as technology will play a significant role in the accommodation and travel sectors.
People will start to check into hotels virtually without going through receptionists. In the same way, they will buy airline tickets online and check-in themselves as opposed to at the counter.
“They will become more independent. They will want to do their own laundry, come to the hotels with their own cutlery perhaps. It will be about being conscious of what we touch and see as we have learned with the Coronavirus presence,” he said.
It will take the world tourism industry at least 10 months to recover from the effects of coronavirus, according to the UNWTO. For Africa, possibly longer.
Some countries are already strategizing new policies to boost tourism in a post coronavirus era.
In April, according to local media, South Africa’s Department of Tourism released a 200 million rand (about $11 million) relief fund for tourism, encouraging eligible businesses within the sector to apply.
The fund, according to Mmamoloko Kubayi-Ngubane, the country’s minister of tourism, is to ensure the survival of hotels, resorts, restaurants, tour operators, and travel agents.
Kotze, owner of Africa Direct says the government has a significant role to play with financial inducements to keep the tourism industry on track.
Tax incentives, waivers, business support schemes, and insurance should be offered by governments.
Kotze is worried but hopeful that the tourism industry, which generates billions of dollars for Africa, will bounce back strong.
“I’m very optimistic. We beat a HIV pandemic, we beat Ebola. We can also beat coronavirus.”
This article was originally published by Cnn.com. Read the original article here.
Share on Facebook
Share on Twitter
Share on Pinterest
Share on LinkedIn

Welcome To The Year Of Yaupon Tea
Here’s where mainland Chinese traveled overseas for the Lunar New Year
A Partnership Between Target And Black-Owned Family Farms Brings Sustainable Cotton Products To Consumers
Feel ‘The Float’ With Hiyo, A Nonalcoholic Social Tonic Loaded With Adaptogens And Nootropics
The best Gran Canaria resorts