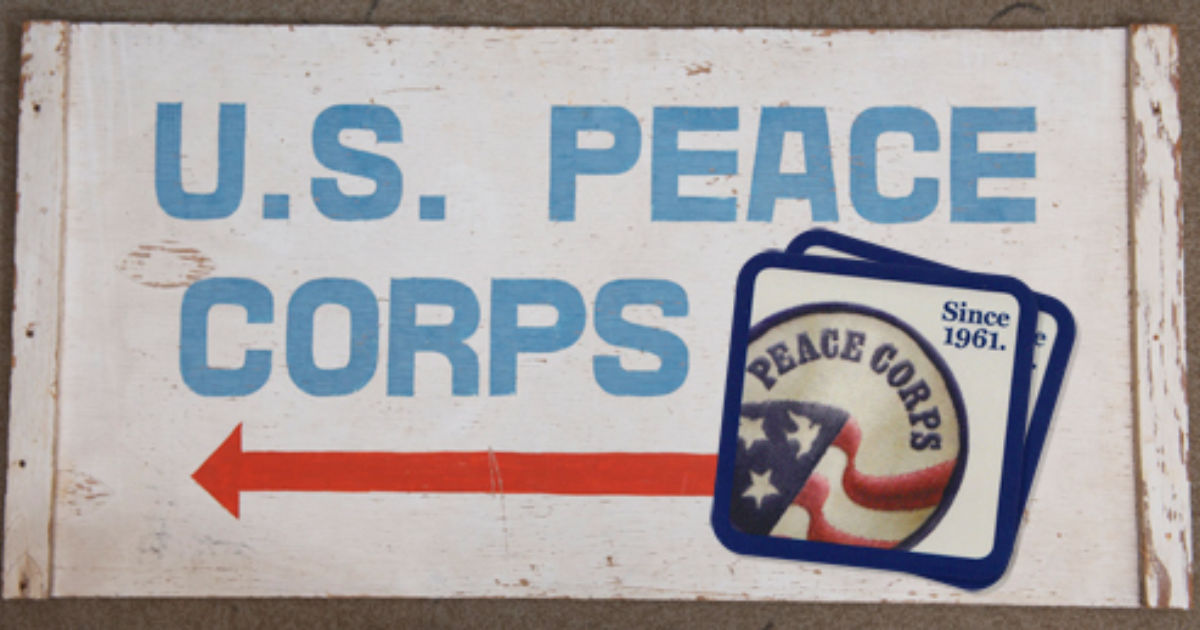 Peace Corps volunteers were rushed back home in March. What are they doing now?

The call for American citizens to return to the United States came about suddenly and urgently at the beginning of March, 2020. Americans who were working, studying, and volunteering abroad had to improvise logistics to return to the U.S. One notable organization that had a complex issue of safely returning members from more than 60 countries is the Peace Corps.

Their struggle and circumstances

Many volunteers were evacuated very suddenly with no opportunity to secure stable accommodations or health care upon their arrival home. They were forced to leave the local communities they’d integrated into and grown to love, many in the middle of long term initiatives.

Returning home from an extended period of time can always bring feelings of reverse culture shock, especially when serving poverty-stricken or remote communities that many serve in. But especially for these recently evacuated volunteers, returning home to rising COVID-19 rates, vast unemployment, and a sense of instability that resonated from the general public through our political leaders.

What are they doing now?

Stephanie Erestera, a 23-year-old who had plans to continue her Peace Corps service in the Philippines until September 2020, immediately started searching for work. For the past year or so she’s been an educator and mentor to local teachers, and now faces uncertainty on many levels, though she’s happy she’s able to move back in with her parents for the time being. While she says she knows that it’s not an ideal job market to come back to, especially in her home town of Boise, Idaho, she “feels like it’s like that for a lot of Americans right now”.

Unexpected and involuntarily evacuated from Bicaj, Albania, Pawnee Maiden, a 24-year-old volunteer teacher, says she left behind a host family, students, friends, and coworkers that she’d expected to engage with for another year. She’s found the transition experience to be extremely hard and painful but has high hopes that she’ll be able to return and finish her service. Having returned to the DMV area, she’s now focusing her giving heart and love of service to her foster dog, Sherwin.

However, not all Peace Corps volunteers are in their 20’s. Adam Greenberg, 34, was volunteering in Zambia with his partner working on sustainable food sources. They had actually considered staying in Zambia instead of returning to the U.S., even if that meant no financial or logistical support from the Peace Corps. However, they ultimately decided that the better decision for Zambia’s infrastructure was for them to return home. Luckily, Greenberg says, they have enough savings to temporarily get by, though he will have to begin looking for work to pay the bills, another hurdle in itself as more than 26.5 million Americans have filed for unemployment since March.

Many returned service-people have also found themselves in Tim Feng’s complex situation. Feng, 23, returned to the U.S. from Nakhon Ratchasima, Thailand where he served as an educator, but had to consider his high-risk parents in his last-minute planning. For their safety he ultimately decided to quarantine himself in a short-term rental apartment that he paid for out of pocket. Feng would also love to return to his service, but for now he is doing what he can to find stability here at home. He’s spent his time revamping his resume, seeking job opportunities, looking into higher education options, and the like.

How Peace Corps volunteers might continue to serve their community

The good news for Peace Corps volunteers is that they might be just the perfect people to continue to serve by supporting their fellow Americans. From their international experiences, Peace Corps volunteers are adept at “creating order out of chaos”, as the Women of Color Advancing Peace and Security so eloquently put in their recent returned Peace Corps volunteer study. Returned volunteers have real-world experience in establishing a routine, adapting to drastic change, and have experience coping with isolated/distanced from loved ones for extended time periods.

As returned volunteers continue to look toward the future, every day brings news and renewed hope—the Peace Corps recently announced that there will be an expedited application for recently evacuated volunteers who are interested in returning to service that will be announced in early June.

Importantly, Volunteers who were evacuated will qualify for Non-Competitive Eligibility (or NCE), which makes it easier from them to join the federal workforce. They will also qualify for Coverdell Fellowships available for graduate school study. Volunteers who seek to return to their host countries or seek a new assignment will be given expedited consideration over the next year.

Winter weather disrupts hundreds of flights across Texas
Antibiotics Use In Farm Animals Is Growing—Here’s Why It Could Pose A Danger To Humans
Where to Kick off Your 2023 Summer Travel
Luxury stocks rally from China reopening, but world’s largest luxury market may choose to shop ‘in-house’
Visit the Home of Punxsutawney Phil for Groundhog Day