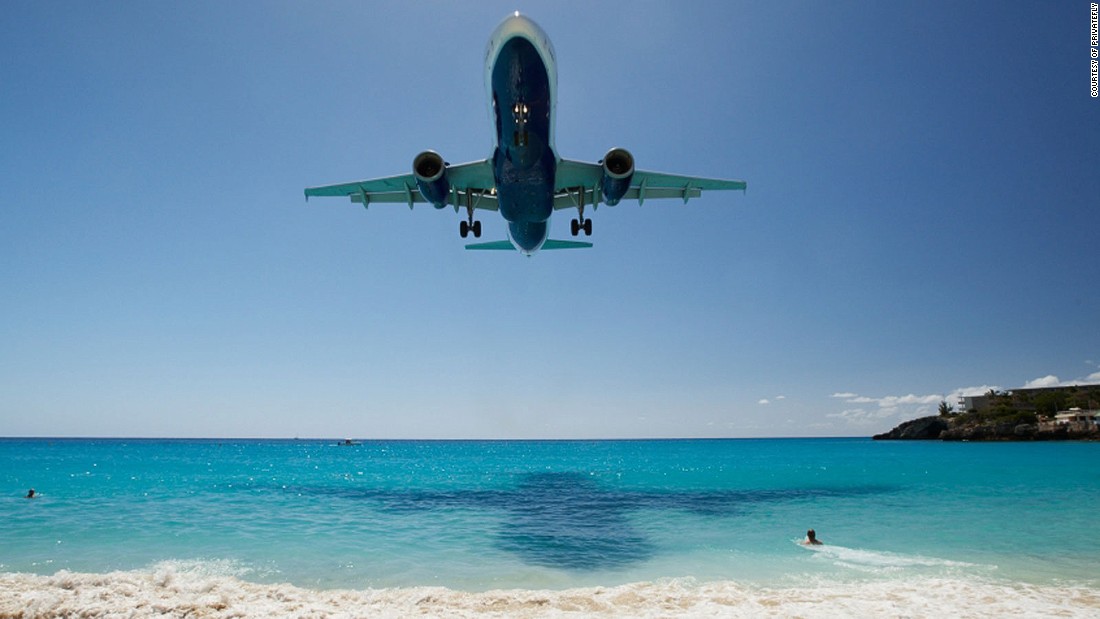 (CNN) — The coronavirus pandemic has been the most financially disastrous force in the century-old history of commercial air travel.

The crisis has also thrown up some unusual aviation landmarks, as airlines employ unprecedented measures for unprecedented times.

In March, a Qantas A380 made an historic direct flight between Australia and London, to circumnavigate a travel ban in Singapore.

And now, in the US, a requirement to keep essential air connections intact in order to qualify for government bailout money means that airlines are introducing temporary short-hop routes. So, for a short time only, North America’s newest shortest domestic flight has entered service.

Want to fly across Colorado today on the 29-mile route between the mountain communities of Eagle-Vail and Aspen? A one-way trip will costs you $251 on American Airlines, but we’d hope you’d have a very good reason for booking.

Aviation blog A View from the Wing reports that airlines are introducing multi-hop “tag flights” to meet their service obligations as efficiently as possible at a time when demand for air travel has dropped by 96%.

To mark this, and to while away these weeks when most of us are firmly grounded in our own neighborhoods, here is a list of air routes that, prior to the Covid-19 crisis, stood out for being the shortest commercial flights on the planet. What’s it like to fly when you are within sight of your final destination?

The US island of Nantucket.

There are a few regular North American commercial flights hovering around the 30-mile mark — the 32.16-mile jaunt between Canada’s Billy Bishop Toronto City Airport and Niagara District Airport, the 31.09-mile trip between Alaska’s Petersburg Municipal Airport and Wrangell Airport — but the shortest of all can be found in Massachusetts.

The route is regularly serviced by Cape Air, which is based out of Barnstaple Airport.

Other super-short international routes from Sint Maarten include the 15-minute, 20-mile journey to the French Overseas Collectivity of St Barts.

Airline: Loganair. (WRY-PPW). Distance: Two miles (three kilometers).
A narrow stretch of water separates the Orkney islands of Westray and Papa Westray, off the north coast of Scotland. Scottish airline Loganair has been running an air bridge between these two tiny Scottish islands for around 50 years, making it the shortest nonstop regular flight anywhere in the world.

The flight, operated by a Britten-Norman Islander eight-seater aircraft, takes just over a minute, but on occasions has been as short as 53 seconds, depending on tail wind.

“This route is used mainly by the people of the Orkney Islands going about their daily routines,” says Andy Thornton, Loganair’s director of flight operations. “It is used by teachers, the local police officer, the banker and children going to school. However it is also a keen route for tourists and aviation enthusiasts.”

They’re only 1.3 nautical miles apart and within sight of each other, but the Papuan hilltop settlements of Kegata and Apowo are separated by a deep forested valley in an isolated part of Indonesia. Traveling between the two villages by land involves an arduous journey through thick jungle and steep mountainsides.

Much better if you can hop across that big ravine on Matt Dearden’s Pilatus PC-6 Turbo Porter, a robust single-engined aircraft that seats up to 10 passengers.

Dearden, a British pilot operating local air services in remote areas of Papua, has flown several revenue services on this route. Although not a regular connection, his trips carried fare-paying passengers, which makes it, possibly, the shortest commercial flight anywhere in the world.

The rough, wet grass and scenic runways, dramatically perched on the mountaintops, surely make for quite an experience.

“Both the air strips in question are short, about 350 meters for Kegata and 400 meters for Apowo, slippery wet grass and sloped towards the terrain,” says Dearden. “Like many air strips in Papua there are no go-arounds once you are committed to land!”

Since launching the company in 1957, Royal Air Maroc has grown into a fleet of 54 aircraft.

Just nine miles separate Europe and Africa at the Straits of Gibraltar’s narrowest point. Fast ferries ply this route constantly. Nevertheless those keen to avoid the choppy waters between the two continental landmasses have an alternative in Royal Air Maroc.

Morocco’s flag carrier offers a regular flight, operated by ATR-72 turboprop aircraft, linking Tangiers, at the northern tip of Morocco, to the British territory of Gibraltar.

Airlines: ASKY and Camair-Co. Distance: 16 miles (26 kilometers). This is a tale of two Congos.

Before the pandemic, two airlines flew between the two cities, ASKY, a pan-African airline that operates across West Africa, and Camair-Co, of Cameroon.

What the landscape will look like as operations slowly resume, and airlines deal with the financial repercussions of the coronavirus crisis, remains to be seen.

Antibiotics Use In Farm Animals Is Growing—Here’s Why It Could Pose A Danger To Humans
5 Tips to Deal With Flight Delays
Havana Cubaâs Voya Boutique Hotel: For the Culturally Curious Traveler
Fresh Take: The Truth About Gun Violence, Food Insecurity And Food Workers
Reports Say Young Drinkers Are Over Wine. What Do Winemakers Think?