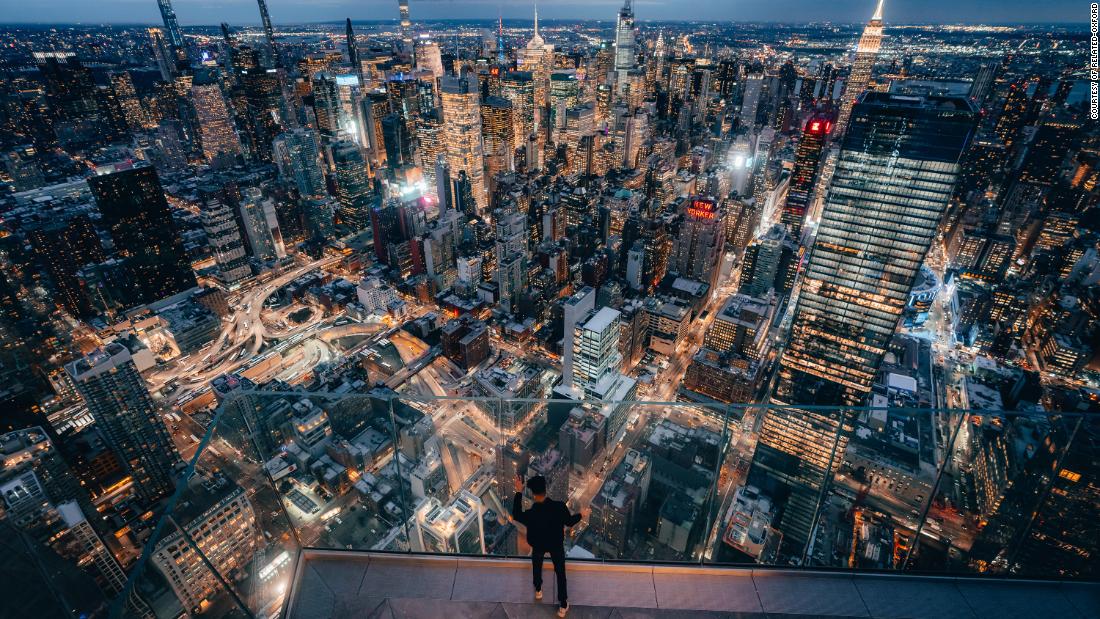 (CNN) — The city that never sleeps has fallen into a deep slumber, and no one is sure when it will wake up.

Covid-19’s strong grip on New York City, the epicenter of the nation’s — and the world’s — pandemic has led to a largely shuttered metropolis.

Nearly empty streets, gated or boarded shops and restaurants and museums available only online make up the city now, but it’s a temporary look.

To help get the city back on its feet when it’s deemed safe to reopen, the Coalition for NYC Hospitality & Tourism Recovery is on the case.

News in Broadway World announcing the coalition, formed with NYC & Company, notes Broadway’s Lin-Manuel Miranda as one of the five co-chairs. Restauranteur and hospitality giant Danny Meyer is also one of the key players.

The coalition’s 24 steering committee members are all connected to the city’s hospitality network, and they are as diverse as the city itself.

A popular view of Manhattan from Brooklyn.

Lola Mendez, a freelance writer living in Uruguay, says flight costs and health measures would be a major factor in her decision to visit NYC. Mendez, who used to live in the city, last visited in January and typically returns a couple of times a year to see friends and family and check out the city’s latest openings.

“I’m very eager to get back to New York City to support my favorite local restaurants, bars, shops and galleries that have suffered during the lockdown of the city,” says Mendez, remarking on the “undeniable energy the city exudes.”

As the weather warms, New Yorkers are venturing out. But the energy, now half-hidden behind masks and muted by social distancing requirements, is not what it was before Covid-19.

Times Square, typically one of the most hectic, crowded neighborhoods in Manhattan, has resembled a ghost town since the city pressed pause.

And with so much of the city shut down, people aren’t loving on the city like they used to — there are, frankly, fewer places to spend money and contribute to the buzz that keeps the city, well, buzzing.

The coalition is optimistic, however, and eager to demonstrate the resiliency of its people and its institutions.

“New York City and its great institutions and diverse, vibrant communities are resilient,” says Ellen Futter, president of American Museum of Natural History.
The museum on Manhattan’s Upper West Side has gone virtual and announced hundreds of layoffs of staff just last week, according to a report in The New York Times.

Broadway has been dark since March, and it will likely not return in any capacity before the end of the summer.

Likewise, both of the city’s Major League Baseball teams’ stadiums have sat empty with the start of the 2020 baseball season still unknown.

The coalition hopes to revive excitement around these treasured NYC institutions and events and much more.

The co-chairs and steering committee will be working with medical experts, public policy professionals and hospitality leaders to make decisions on when and how to reopen a city that has become unrecognizable to many of its residents.

“Together, we will create a next act for our city. After this intermission, we will be ready to welcome the world back with open arms, so people can fall in love with New York over and over again,” Miranda said in the news release.