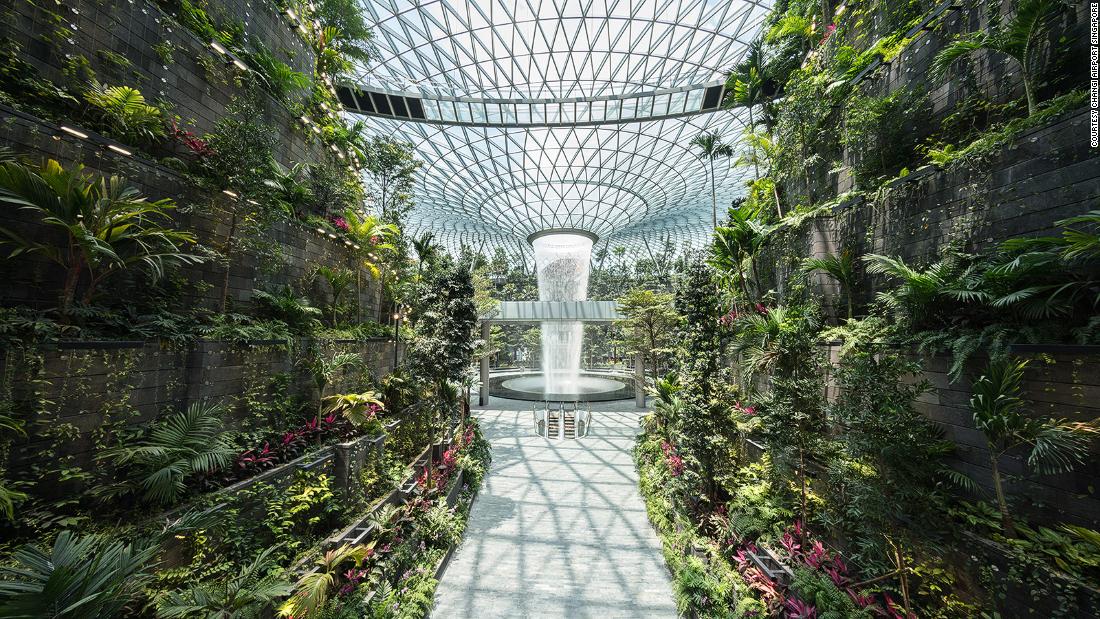 (CNN) — While most of us yearn for the days when we can actually fly in and out of them again, the world’s top aviation hubs for 2020 have been revealed at the annual Skytrax World Airport Awards.

And in what will come as a surprise to virtually no one, Singapore Changi Airport has for the eighth year in a row been crowned the “World’s Best Airport.”

The awards, voted for by customers in a global airport customer satisfaction survey, were originally scheduled to take place on April 1 at the Passenger Terminal Expo in Paris, which was canceled due to the Covid-19 pandemic.

Instead, the 2020 award announcements were made on May 10 through a virtual ceremony that took place live on YouTube.

“Having deferred the award announcements for nearly six weeks, we felt it was now right to try and bring some cheer into the airport industry in these difficult times,” said Edward Plaisted, CEO of Skytrax, in a statement.

As with 2019, East Asia dominated this year’s World Airport Awards, with seven of the top 10 airports for 2020 based in the region — including four in Japan.

According to Skytrax, customers from more than 100 different countries participated in the survey, which was conducted from September 2019 to February 2020 and covers 550 airports.

Featuring a dramatic, doughnut-shaped exterior framed in steel and glass, the 135,700-square-meter (around 1.46 million square feet) addition was designed by renowned architect Moshe Safdie. Jewel’s star attraction is the 40-meter-tall (around 130 feet) HSBC Rain Vortex, which cascades through a huge oculus in the middle and is billed as the world’s tallest indoor waterfall.

“Changi Airport is humbled to receive this affirmation from our travelers, made possible by the strong support from our airport partners,” said Lee Seow Hiang, Chief Executive Officer of Changi Airport Group in a pre-recorded clip played during the online ceremony.

“This has been a challenging year for all us. Like everyone else, here at Changi, we continue to do our best to safeguard and protect the health of our travelers, our visitors and our airport workers. We wish everyone in the international aviation community well. Let’s look forward to better times and soon.”

Fungi-Powered Ingredients Startup Michroma Promising To Remove Petroleum From Food Colorings Raises $6.4 Million In Venture Funding
Where to Kick off Your 2023 Summer Travel
Welcome To The Year Of Yaupon Tea
Custoza: An Undiscovered, Underappreciated Italian Wine Region
If You Are Smart, Your Super Bowl LVII Party Can Cost You Less Than It Did Last Year